By allay (self media writer) | 7 days ago 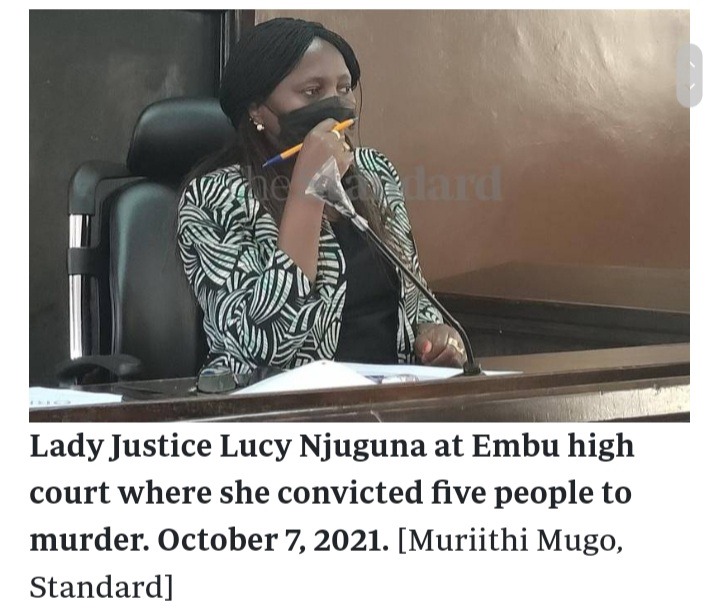 The High Court in Embu on Friday convicted four suspects, among them a couple, of murder.

Justice Lucy Njuguna said that the killing happened at around 5pm and, because it was during a broad daylight, it made it easier for the witnesses to take pictures of the four suspects. 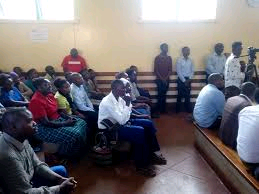 “Based on the prosecution’s proofs, it is genuinely correct that the four suspects took part in the killing,” she ruled.

According to justice Lucy Njuguna, the four suspects, jointly with others not present in court, willingly inflicted grievous bodily injuries that made Namu to succumb.

Namu’s sister together with her mother, who were witnesses, narrated before the court that Namu was attacked by the convicts who beat her mercilessly with crude weapons and later butchered her to death using an axe.

Namu’s mother explained that the suspects was not in good terms with her son after he refused to give a radio set to one of the accomplices. 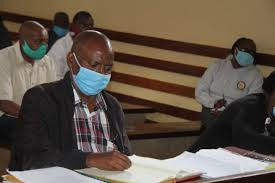 Witnesses accounts revealed that the suspects, with two accomplices who are still missing, doused the deceased with paraffin and set him ablaze.

Justice Njuguna noted that the prosecution had established that the suspects had bad intentions towards their victim.

Justice Lucy Njuguna ruled that the suspects, who were freed on a Sh300,000 bond, to be held at Embu GK Prison till October 26, when they will be imprisoned after registering a victim impact record. 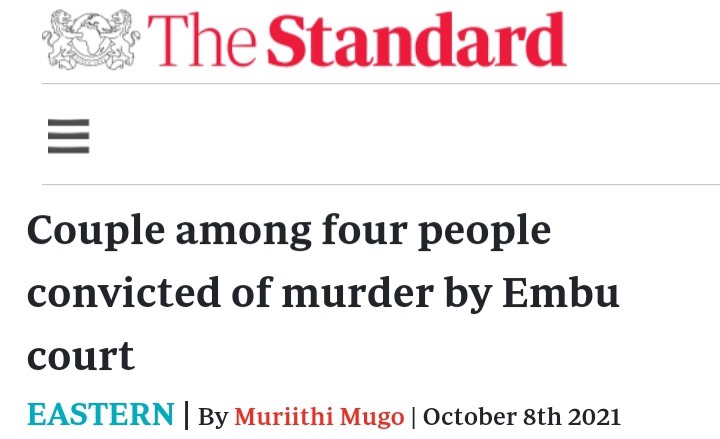