Paul Maritim, a middle-aged man has been set free by Nakuru High Court after his children pleaded for his release.

Maritim is accused of Killing his wife Janet Miritim on 21st November 2018 after he allegedly found two men without clothes busy satisfying his wife in their matrimonial bed.

The suspect however pleaded guilty to the act and expressed remorse claiming that he ran out of control after catching his wife, also a mother of their 6 children in bed with two well-bodied men who were busy servicing her at their Tinet home in Kuresoi south sub-county, Nakuru county.

The convict's murder case was reduced to the killing after the children pleaded for his release and the conditions under which he killed his wife. The man was released on grounds that he was the sole breadwinner and the minors could not do without him.

While being released, he was sorry for his actions as he found out his wife saw interest in other men forcing him to lose his sanity. 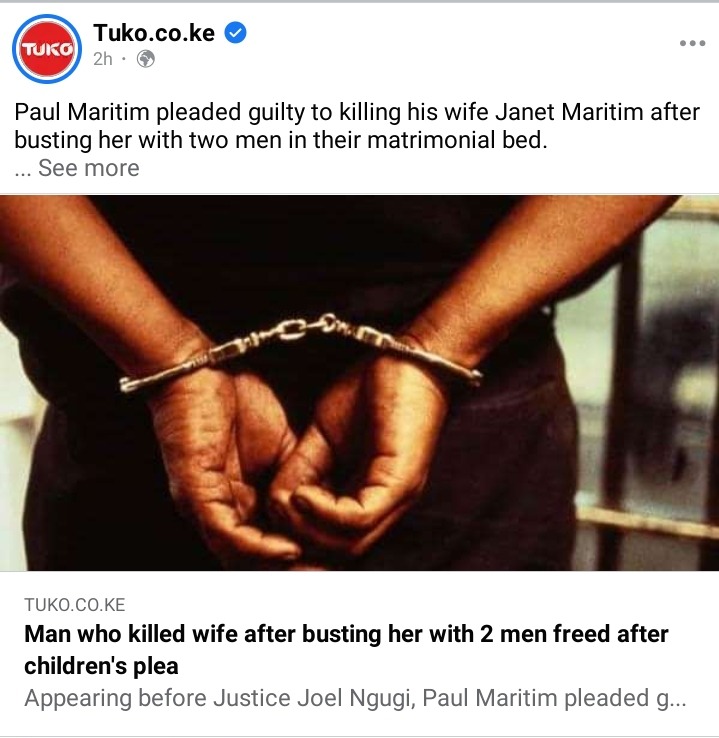 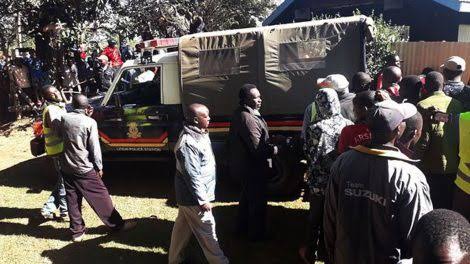 Studies Say These 4 Foods Can Help You Conceive Twins