BBI proponents led by President Uhuru Kenyatta and former Prime Minister Raila Odinga could be having the last laugh with the appeal process ongoing after Lawyer Otiende Omollo highlighted the mistake the judges committed in their ruling.

On his Wednesday presentation n the court of appeal representing the pro-BBI team, the Rarieda lawmaker argued that Justices Noel Ngugi, George Odunga, Jairus Ngaah, Chacha Mwita and Teresia Matheka created their own words during the ruling. 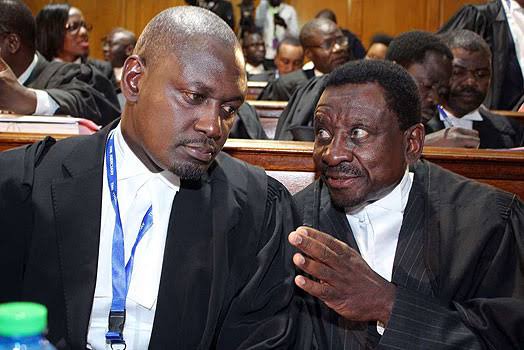 "Judges came up with the word 'initiator' - they did not explain why. They introduced the word in their ruling. One would have expected the judges to demonstrate this finding. Promoters were Suna East MP Junet Mohammed and BBI secretariat co-chair Dennis Waweru, The court insisted that it was President Uhuru Kenyatta. The one thing the court does not do in their 300-page judgment is it fails to ask who are the promoters."

Bad News to Raila, Ruto, Musalia, Kalonzo as They Are Told What Will Happen Ahead of 2022 Elections