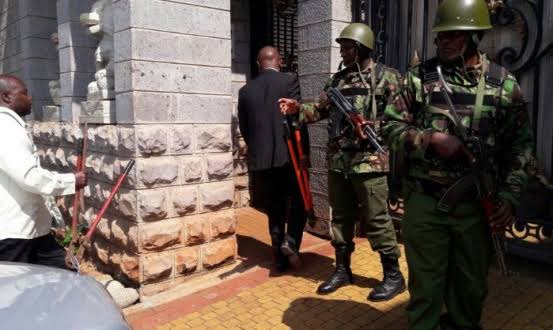 Judges Aggrey Muchelule and Juma Chitembwe were arrested last week by the Directorate of Criminal Investigation. They were accused of aiding and being involved in corruption in their service as judges. Kenyans from around the country including the Chief Justice rebuked the move terming it as infringement of the independence of the judiciary.

Today, Thursday 29th July, the DCI in a report seen by Nation, established that they indeed found 57,000 dollars in the two judges chambers during their raid at their places of work and homes last week. $50,000, according to police, was recovered from a woman who was in justice Chitembwe's chamber. The other $7,000 was found in the possession of Justice Muchelule who was reportedly arranging the meeting between the woman and Chitembwe who was not around during the search.

"POLICE FOUND 57,000 US dollars in the chambers of Judges Juma Chitembwe and Aggrey Muchelule during the raid last week, DCI says in court papers," said nation on its Twitter account. 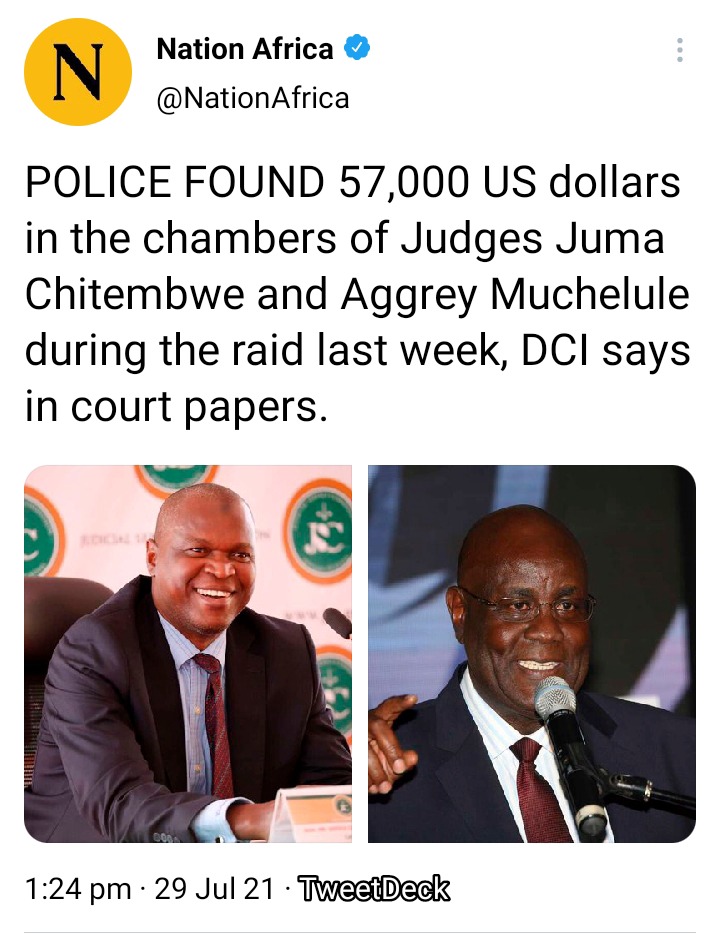 The two judges, one of whom was part of the bench that rejected the BBI, are now awaiting court proceedings and judgement on the matter.