By QUEENSASHA (self media writer) | 2 months ago 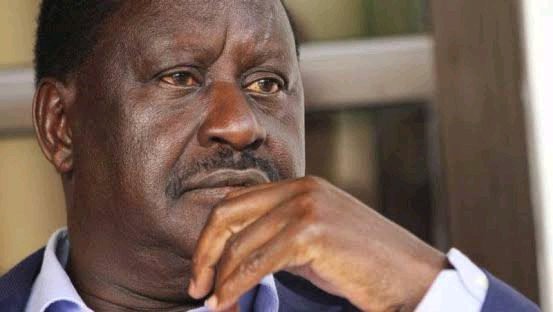 Raila Odinga's plan to hold mass protests across the country has received major backlash as many seem to reject it. This comes after luo Nyanza residents warned each other not to attend Raila's streets protests. Mr. Odinga had planned to hold mass demonstrations in major cities starting with Kamukunji then Kakamega. The mass actions were also to happen in Nakuru, Kisumu and Mombasa. Odinga's main object was to engage Kenyans on ouster of Cherera and her team.

However, Odinga's plan seem to hit a dead rock after his strongholds especially in Nyanza are calling each other to reject the planned mass demonstrations and protests. According to Owidi, Raila's intention is to bring Luos under him and use them to attack Ruto's government. Mr. Owidi called on his fellow Nyanza luos not to attend the planned rallies disguised as street protests.

"His intention incidentally is not to capture Kenya, his intention is to keep the luo community in the same box he has kept them since 1994," Owidi said in a Facebook video clip (https://fb.watch/h440i3OIWF/?mibextid=6aamW6) 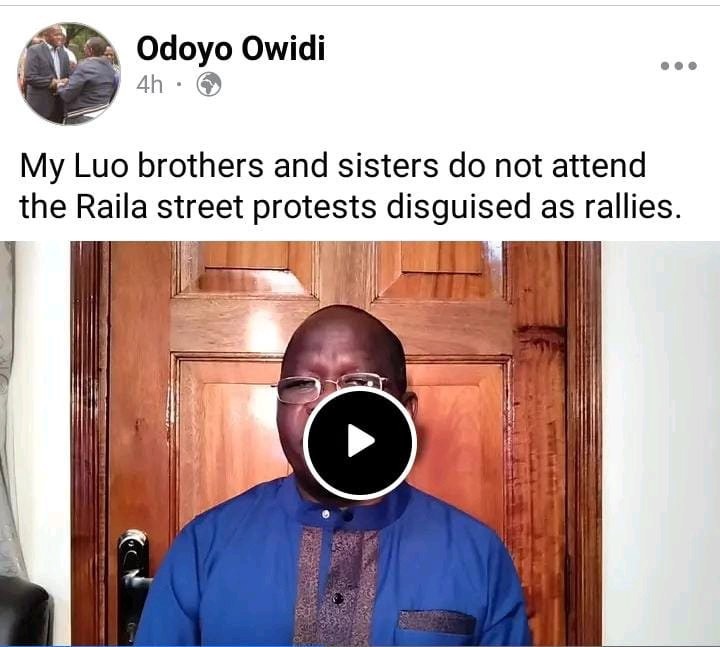 Content created and supplied by: QUEENSASHA (via Opera News )