The director of public prosecution, Noordin Hajji has dropped the charges against a man who was caught shop lifting days after being released by a court that had Sentenced him to 6 months in Prison.

According to the reports given by a reliable source of information, it has been revealed that the suspect who has been identified as Alvin Chivondo had been Sentenced to 6 months in Prison after he was allegedly caught stealing food from a renowned store.

However, the former Governor of Nairobi, Mike Sonko would later come to his rescue by paying ksh. 100k after which he was allegedly released. This was followed by a dramatic scene after he was later caught stealing from another food stote days after being released.

While reacting to this incident, kenyans who took to their different social media accounts to express their opinions and suggestions on the matter have called upon the inspector General of police along with the director of criminal investigations to charge him due due to the fact that he might do it again.

According to the reports given by most Kenyans, they claimed that it was so unfortunate that the government '' 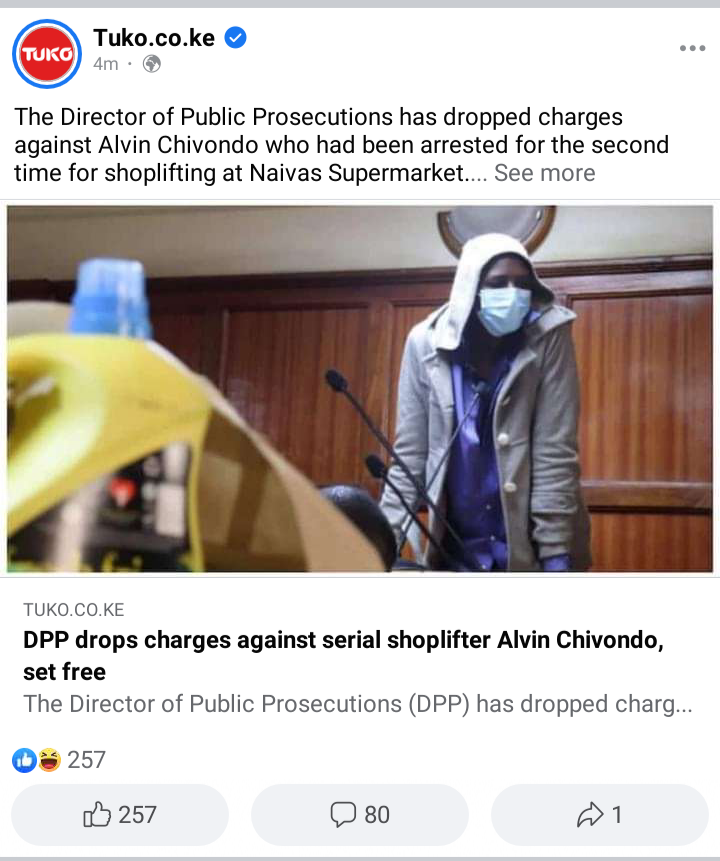