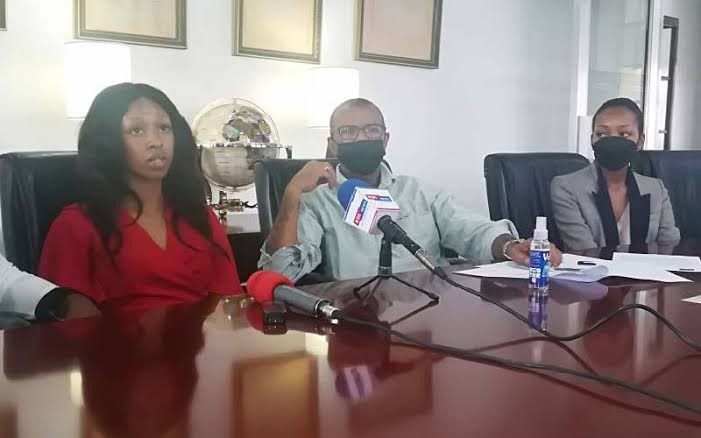 The Murgor sisters, through their lawyer Phillip Murgor, revealed that they had turned down offers to reach an amicable settlement with the Ndichu brothers, following an incident of assault at the Ole Sereni hotel in mid-October.

Cheryll and Stephanie Murgor, Samuel Ramdas and Patrick Koech said they turned down offers from three lawyers and a Kenyan MP to settle the case outside the courtroom at a press conference on Thursday.

"We were approached by 3 different lawyers, one of whom is also a Member of Parliament," the joint statement said.

"All seeking an amicable settlement in the name of the Ndichu brothers",

According to the statement, a lawyer, Njenga Kiarie, of the firm Amadi & Associates followed the offer with a letter dated October 26, 2021 in which he offered to pay for repairs for the damage caused to the car belonging to Samuel Ramdas.

"We politely rejected all overtures and indicated that it was in the public interest for the case to go to court," the statement added.

At the same time, the sisters denounced what they call an attempt by law enforcement to influence the outcome of the ongoing investigation.

They claim that, for example, when they appeared in Kibera court where the Ndichu brothers were to be charged, they were told that the twins would ultimately not be charged, as there were "new directives".

The sisters further allege a violent and well-coordinated social media campaign falsely portraying them as extortionists and influence peddlers who sought to profit from the incident.

They also highlighted recent developments in the case during Thursday's briefing, saying there appears to be a concerted will to have them withdraw the case.

"We view the new developments as a crass attempt by sections of the police to force our clients to withdraw or compromise their complaints against the Ndichu brothers," the statement said.

It comes after DCI MP Langata, who took over the investigation, called lawyer Phillip Murgor and asked him to introduce Cheryl and Patrick to make a statement and submit fingerprints, following which they would be charged. d'Affray alongside Munira.

"This flies in the face of any known procedure, whereby all parties are urged to take normal witness statements and present their witnesses before a decision is made to indict by the DPP," Murgor said. Thursday.

We reject this distracting spectacle and call on the DPP to request the case and give appropriate instructions on how the brawl offense should be investigated in light of the self-defense explanation offered by Cheryll and Patrick in the statements. already registered.

The lawyer said a letter had already been written to the DPP's office, to put an end to the "ongoing shenanigans" and that the Ndichu twins were properly charged.