An alarm has been raised in Murang'a county reporting that there is a shortage of men. Women organization has taken the initiative to raise concern that marriages in the region face uncertainty over a low number of men compared to women.

According to an article by the Nation newspaper, the county has a deficit of 8,729men in the gender ratio and women have warned that there is a looming crisis in the upcoming years if the matter is not taken seriously.

Groups such us Maendeleo ya Wanawake, Murang'a sex Workers Empowerment Initiative and Girl Child Protection Unit have come out to raise the concern saying the majority of men are jailed in a single day hence increasing shortage of men population in the county. 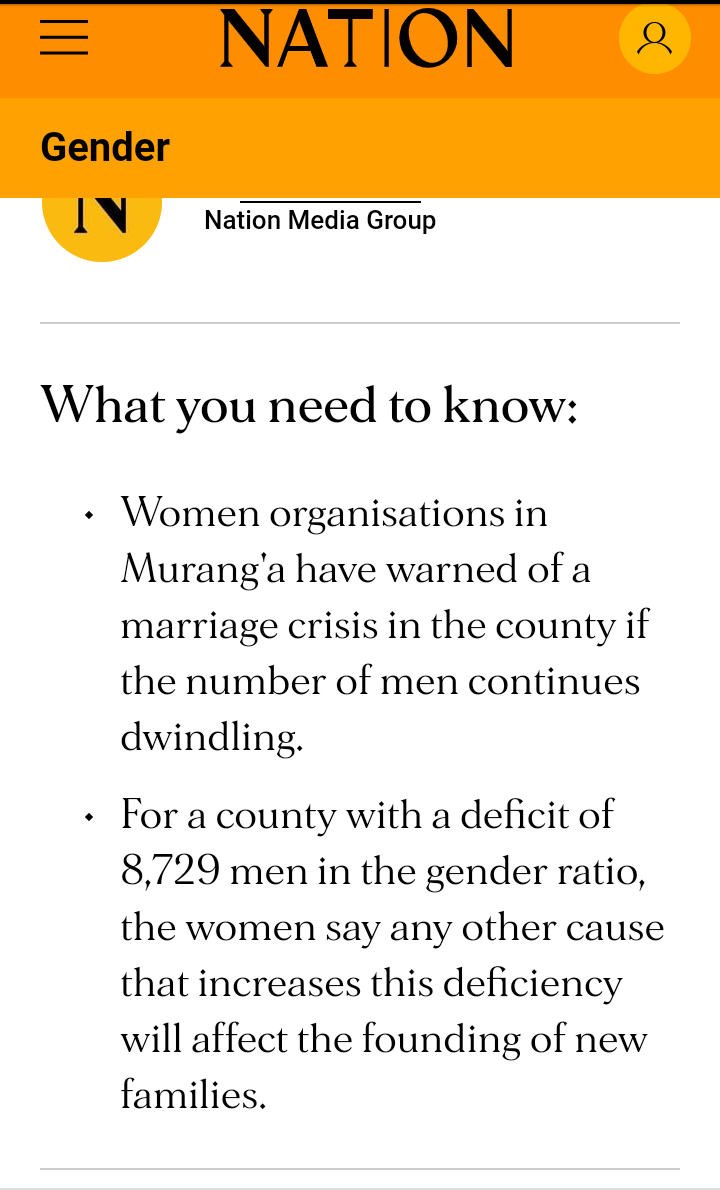 They claimed that in a single day, about 400 youths are sentenced to jail in Muranga courts. They also blamed the security forces for constantly killing the youths during operation hence declining their population.

Also, mob justice has been blamed to be taking part in killing men including others being sentenced after being caught brewing illicit brews. They urged the government to use other methods of addressing matters of illicit brews rather than jailing men.

Organized crime has also been blamed for taking part in reducing the men population in the region. Several young men have been reported to have been killed by an unknown gang. the government has been asked to eliminate those recruiting the youths in organized crime associated with narcotics and other drugs.

Mt. Kenya Turns Against DP Ruto As Raila Outsmarts Him In 3 Weeks Of Serious Campaigns