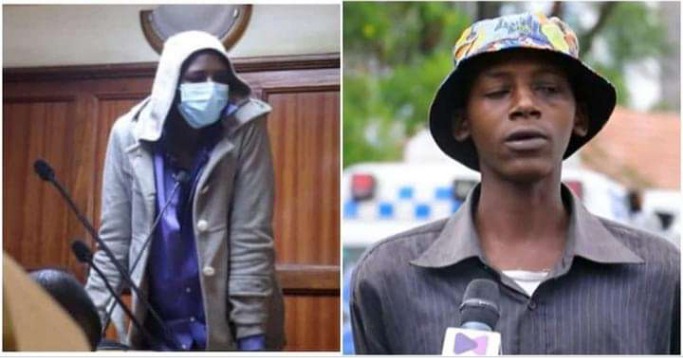 Initially, Alvin Chivondo was charged for shoplifting in Naivas supermarket with goods worth sh3,125 before he took it to Milimani court.

The court charged him with theft and handling stolen goods. He was later charged with one-year imprisonment or bail of sh. 100,000 fine after being pleaded guilty. 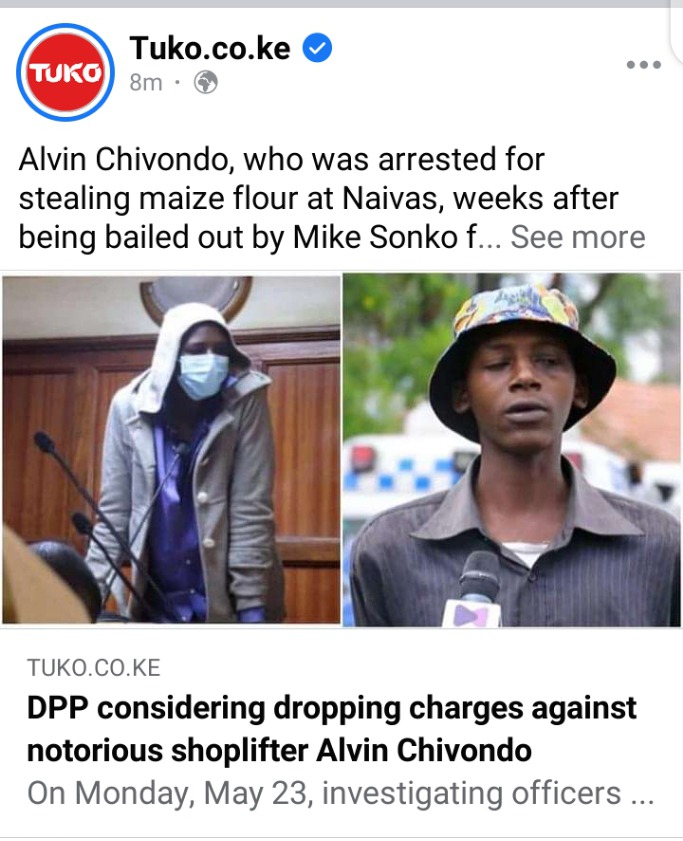 Mike Sonko, former Nairobi Governor, came to his rescue by bailing him out and offering him a job in his upper hills offices.

On May Thursday 19th, again Chivondo was charged for stealing at Naivas supermarket along Ronald Ngala Street. This time he was accused of maize flour from the shopping center.

Chivindo was detained at the Central Police station pending an investigation into the incident. On Monday 23rd, Chivindo was taken before Milimani court though he did not take a plea.

The 'vicenarian' was whisked away a moment after an investigation officer said the Director of Public Prosecution have recalled the file.

Chivindo's lawyer, Vienna Mogare said the prosecution has offered to subject his client to psychological examinations to confirm his mental state.

Prices rise by over 50pc from January