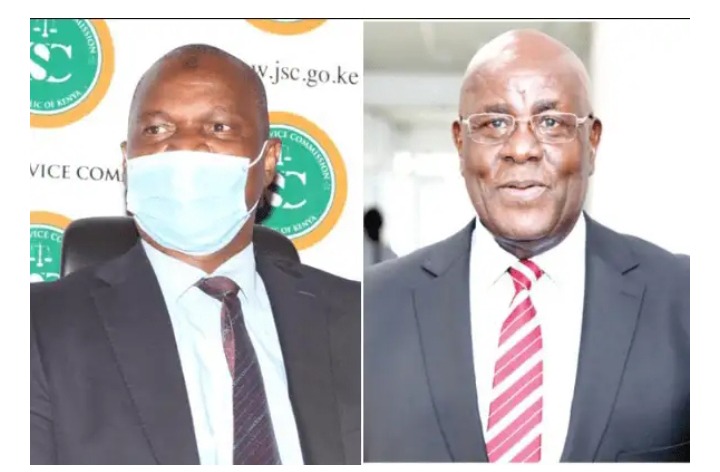 The Director of Public Prosecutions and the Inspector General of Police are no longer allowed to investigate, arrest, or charge Justices Said Chitembwe and Aggrey Muchelule, according to the High Court.

The orders have been extended until February 21st of the following year, when the subject will be brought up for compliance.

At the same time, as an interested party, the Law Society of Kenya has been enjoined in the action.

In July of this year, the Directorate of Criminal Investigations (DCI) said that during a raid in which the two judges were arrested, a total of Ksh.6 million was seized.

Chief Inspector Felix Karisa Banzi claimed in an affidavit viewed by Citizen Digital that they collected USD 50,000 from an unnamed lady in Justice Muchelule's chambers and another USD 7,000 from Justice Chitembwe.

In response, Justice Chitembwe stated that he had three dollar accounts and that carrying money in US dollars is usual for him.

He claimed that the USD 7,000 found in his possession belonged to him and was intended for his son's Australian school costs.

On July 29, 2021, the two judges secured orders prohibiting the DCI and DPP from arresting and recommending charges against them pending the outcome of the litigation.

Inspector Banzi previously told the court that the DCI was looking into allegations of corruption against some judges and judicial officers. 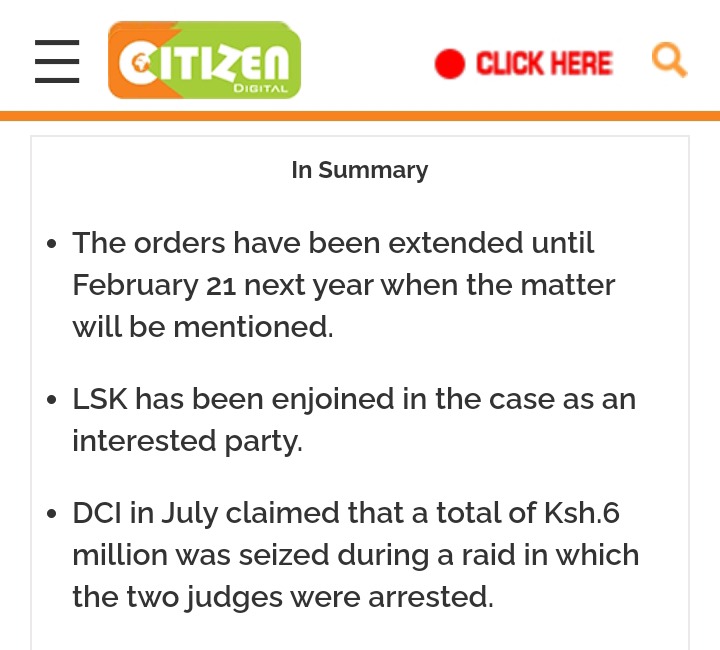