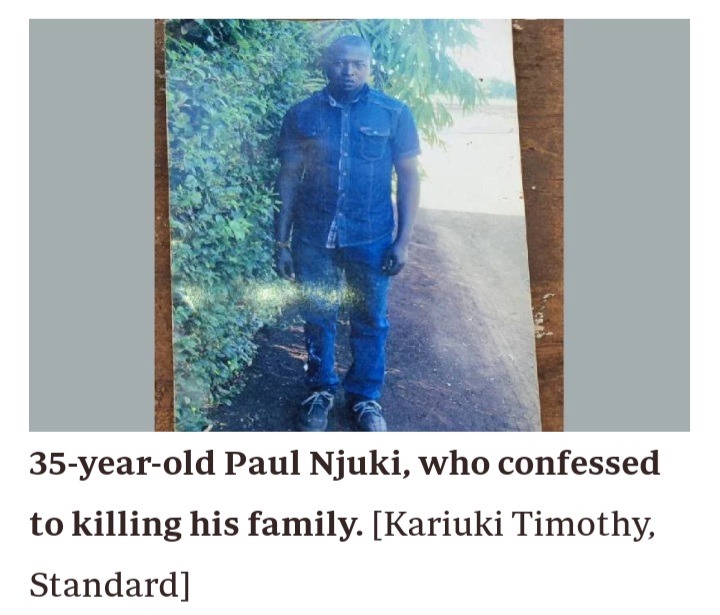 Paul Murage, the 35-year-old man who killed his lover and four kids on Monday at Kathaka area in Gichugu to be arraigned at Gichugu Law Courts today to answer to murder charges.

Gichugu Sub-county police commander Anthony Mbogo told the press that sleuths from the Directorate of Criminal Investigations were still trying to gather more information into the incident, including the murder weapon the accused argued he used.

Murage allegedly killed his family members and presented himself to the Kianyaga police station, where he asked the police commander to nab and locked him up in cell for a period of half a year since he was dealing in bhang. 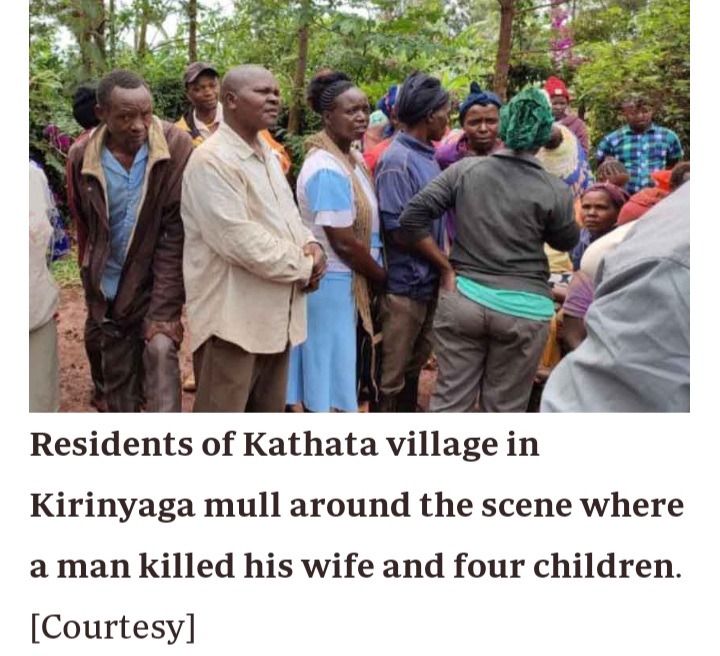 He allegedly confessed infront of the police that he started by murdering his sweetheart using an axe before wiping his four kids. 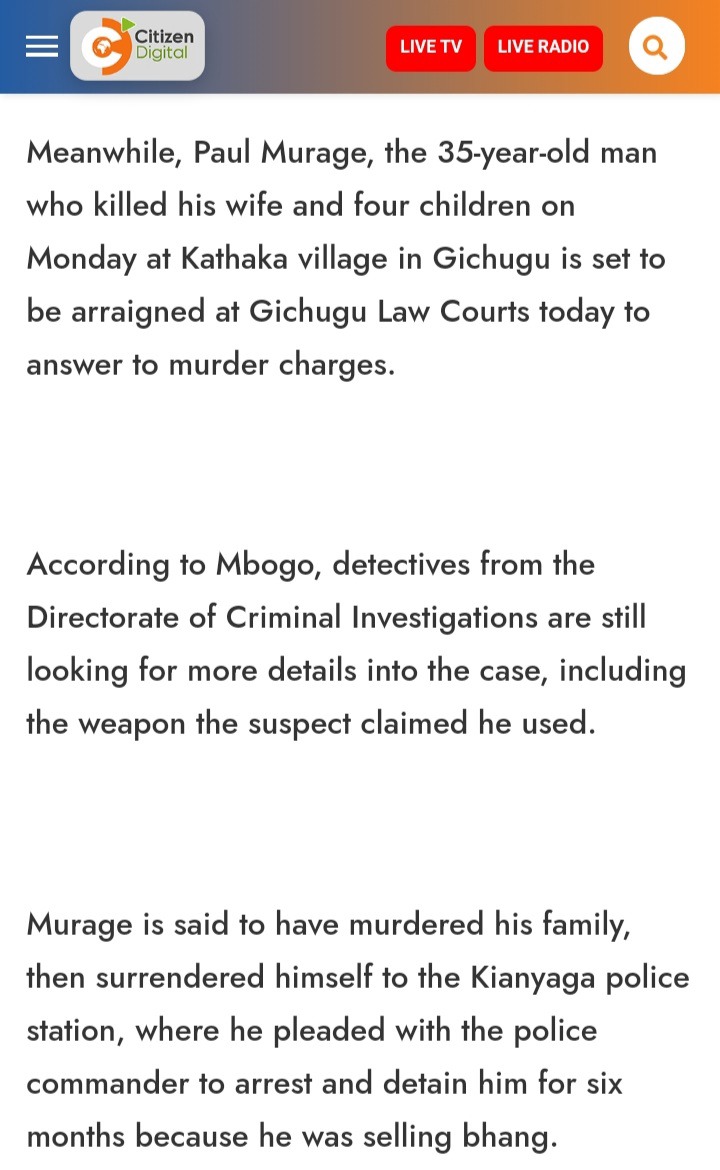