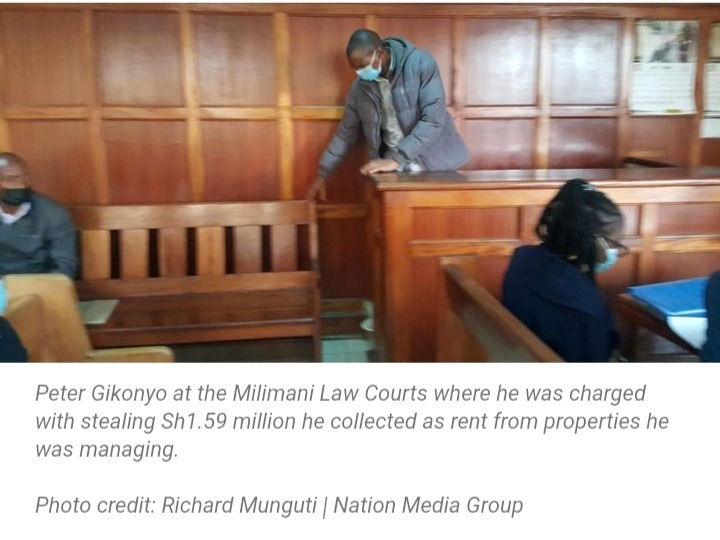 A manager tasked to collect rent from many city properties has been arraigned and charged with stealing Sh1.59 million.

Mr Gikonyo pleaded not guilty to the charges of stealing Sh1,596,464 from Mr Francis Kibatta Kairu, the owner of Kaggs company Limited, in January 2013 to June 2020.

Mr Gikonyo asked to be released on bond adding that he is not a flight risk and that he will always attend court proceedings for his trial.

“I urge this court to grant the accused a reasonable cash bail,” a defence lawyer pleaded with the court.

The suspect was freed on a Sh1 million bond with a surety of similar amount plus an alternative of a Sh700,000 cash bail.

He was also asked to bring two contacts who will ensure he appears in court trials.

The court further ordered that the suspect be supplied with witness proofs and records to make him prepare for his defence.

Mr Gikonyo also has an impending case of stealing over Sh6 million sent to him for safe custody.

The case was scheduled for mentione on September 15, 2021 for pre-trial directives. 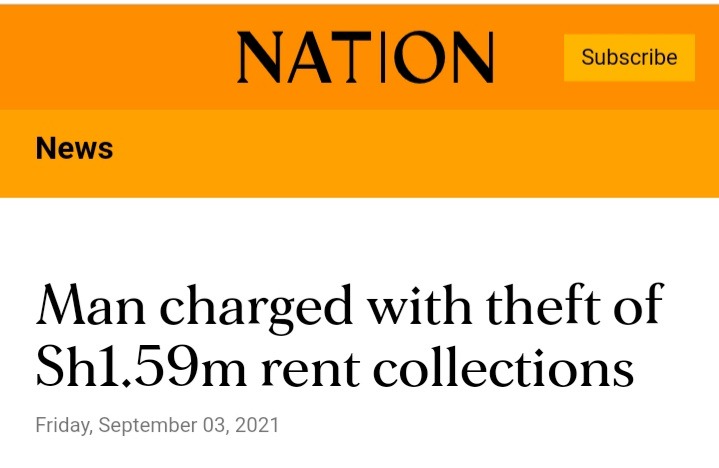 How Motorcycles Are Stolen And Sold In Kenya

Government Announces Free Loans for Widows: How to Apply

Man Who Awarded Himself 1.4 Million Shillings From Mpesa By Adjusting Fuliza Limits Released on Bail