By WillyKim (self meida writer) | 19 days 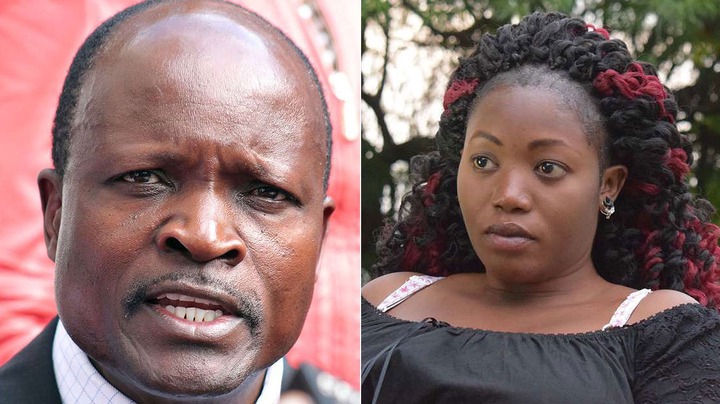 During the hearing of Migori governor Okoth Obado, it was the turn of government pathologist Dr Johansen Oduor to present his findings. Most of his arguments were medical based as he had evidence from the laboratories.

The slides were shown to Obado one by one in the court room even though he was deeply rooted to his phone. That was one subject of criticism that befell the governor. 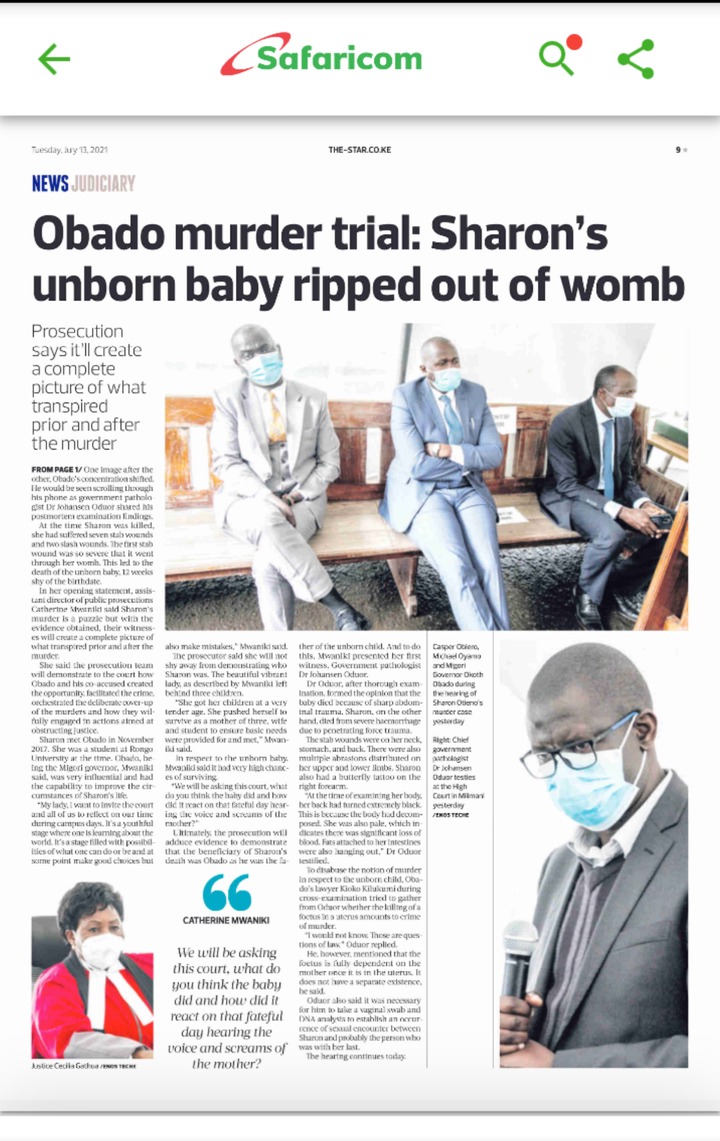 It was revealed that Sharon had suffered seven stab wounds and also two slash wounds. The first stab was so severe that that it went through her womb. This is said to be what had led to the death of her unborn baby twelve weeks to its birth.

Dr Oduor after thorough examination formed the opinion that she had died because of sharp abdominal trauma. This is Sharon’s baby that was supposed to be. On Sharon’s case, Oduor deduced that she had died from severe hemorrhage due to penetrating force trauma.

He said that there were multiple abrasions distributed on her upper and lower limbs. Her body had turned extremely black at the time of examination since it was already decomposing even though a butterfly tattoo was very visible. 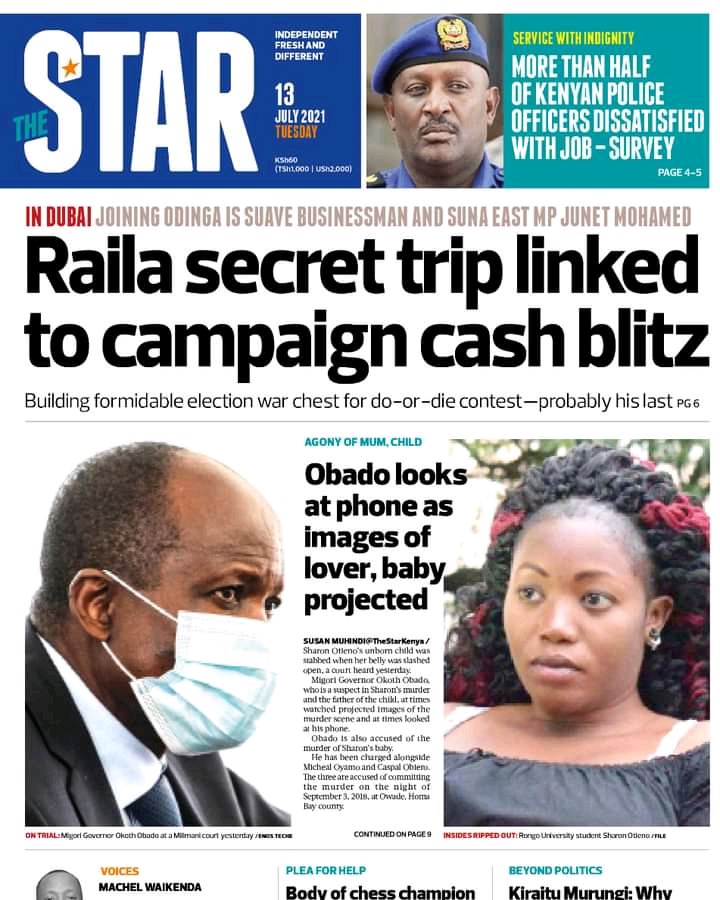 The case will still continue today. This is a publication as captured fro the Star Newspaper today.