By FapeNews (self media writer) | 3 months ago

A security guard has narrated how his stolen identity card almost implicated him in the murder of businesswoman Monica Kimani. 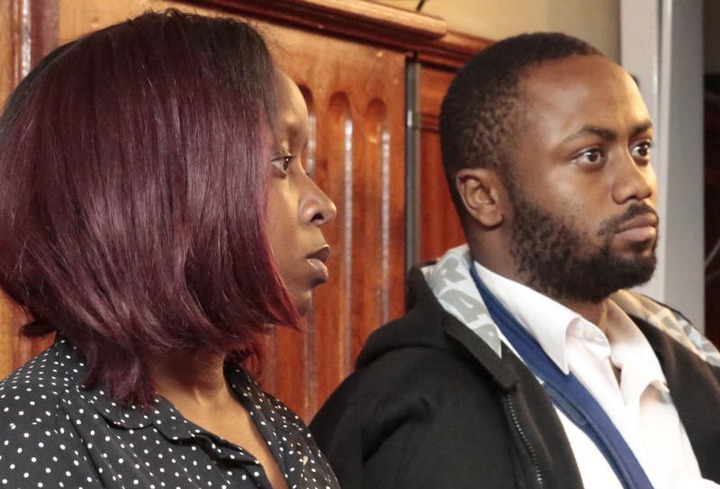 Hosea was testifying in the case where Jowie and Maribe are facing trial for allegedly killing Monica on September 19, 2018 at her Lamuria Gardens Apartment in Kilimani.

“I have never been to Lamuria Gardens Apartment. I don’t even know where it is. I was shocked when I was summoned by police officers and told that my identity card had been recovered at a crime scene,” said Hosea.

Hosea told the court that in September 2018, he was on annual leave for 25 days and needed some money for transport to take his family to their rural home in Kisii.

“We were assigned work by the foreman and in the evening when we were leaving, all other workers got their identity cards but mine was missing. The security guard searched everywhere but he didn’t find it,” said Hosea.

On reaching the police station, Hosea said he was whisked away to the Directorate of Criminal Investigations headquarters along Kiambu Road where he was informed that his identity card had been found at a murder scene.

“They told me my ID had been found in the house of a woman known as Monica who had been killed. I told them I did not know her or where she lived. I also informed them about my lost ID before they released me,” said Hosea.

How To Have Boundaries With Friends When You're A People Pleaser

Nairobi: Raila Takes A Swipe At Sonko As He Praises Igathe Ahead Of August 2022 Polls