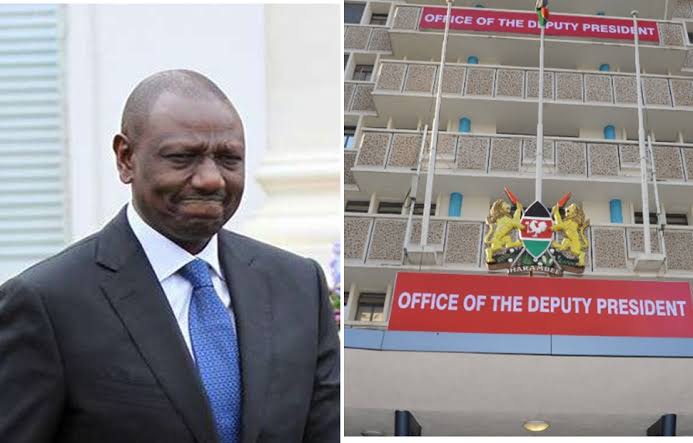 1. A car was impounded a while after it left Harambee Annex heading to DP's Karen Home.

2. Fake arms tender documents were found inside a Subaru Legacy.

Chief Inspector Maurice Amari revealed that the vehicle impounded while leaving Harambee Annex was a Subaru Legacy KBY 793N owned by Kennedy Mboya who was charged together with former CS Rashid Echesa. Amari said in court that there were three people inside the Subaru Legacy and were arrested.

3. Echesa's Range Rover was intercepted while leaving Ruto's Harambe Annex and Echesa was on board accompanied by two foreigners.

The witness also revealed that Echesa was together with the Chief Executive Officer of US based ECO Advanced Technologies firm, Kozlowski Stanley Bruno. Another foreigner, an Egyptian identified as Mamdough Mostafa Lofty was together with Echesa during the operation. The two, Mamdough Mostafa Lofty and Kozlowski Stanley Bruno are the complainants in the Echesa arms case.

It also emerged that the controversial tender documents in the Echesa case were signed at Harambee Annex office. The said documents indicated that the Kenyan government via the Ministry of Defence was in an agreement with ECO Advanced Technologies.

The controversial tender documents which had the date February 13, 2020 had purported signatures of the above two government officials. These signatures are said to have been forged. This was revealed by Inspector Miranda Nasikia at Milimani Law Court on Monday.

Nancy Ekakoro from Directory of Criminal Investigation, who is also a witness in the case produced the photos as an evidence. The photos revealed the events at DP Ruto's office where the suspects were captured together with the foreigners.

7. Fake stamp impression from the Ministry of Defence was recovered.

Chief Inspector Miranda Nasikia also testified that Chrispin Oduor Odipo, a business man who is also a suspect in the Echesa arms case was found in possession of the stamp when he was being arrested. It also emerged that Oduor allegedly received Sh11.5 million bribe. The stamp is said to have been used in the fake arms tender documents which was allegedly signed at Harambee Annex office.

The hearing of the case in which Echesa, Mboya, Daniel Otieno (General Juma) and Chrispin Oduor the director of Pzel Company Ltd are facing charges is expected to continue. The Deputy President has was dragged into this case following the above incidents that revolve around his Harambee Annex offices.