By Felicis.Marshall (self meida writer) | 28 days 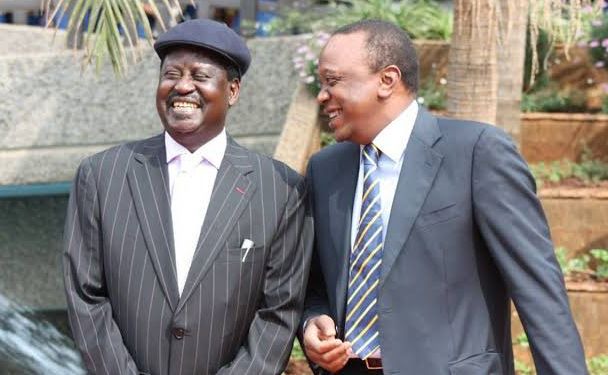 President Uhuru Kenyatta and the Orange Democratic Movement party leader Raila Odinga has this afternoon made a surprise move that has left many Kenyans wondering what is going or what is their next step. The two, through the Attorney General (AG) Paul Kihara, decided to withdraw the recently filed appeal on the Building Bridges Initiative (BBI) Bill.

Following the High Court ruling on Thursday that declared the constitutional amendment null and void, President Uhuru Kenyatta and his handshake brother had resorted to seek an appeal so that the ruling made by the High Court judges could be revoked. The duo was doing the appeal through the Attorney General and other designated lawyers.

According to the reports by Citizen TV Kenya, the Attorney General has withdrawn the appeal which he recently made in the Court of Appeal to challenge the ruling made by the five-bench judges at the High Court. Citizen TV Kenya confirmed the news through their official Twitter account. 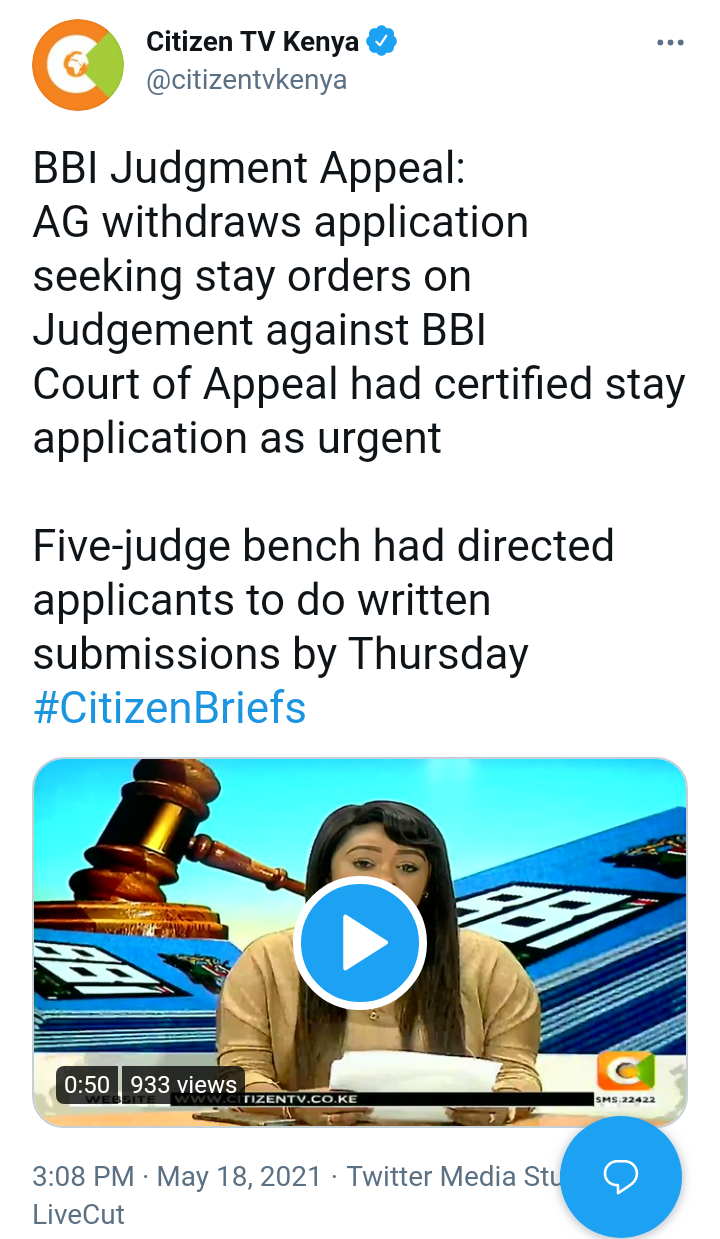 However not it has not yet been established as to why the BBI appeal has been withdrawn. The move has sparked mixed reactions among Kenyans with some expressing confusion and concern about the move on the withdrawal.

While some have called upon the proponents of the BBI to not go ahead with the Bill, others argued that the document should sail through as it will bring positive change, peace and unity among Kenyans. Below are some of the reactions from Kenyans on social media:

June: Why did they withdraw it from the Court of Appeal? It was a sure win for them and us. What are they now planning after stopping Reggae. We are waiting to know.

Karis: We care less. The withdrawal of the appeal has indeed surprised many people but Baba's presidency is still on. The tune has now changed from 'Nobody Can Stop Reggae' to 'Nobody can Stop Baba'.

Otis: I told you these two brothers are wise. They have stopped Reggae by themselves instead of their opponents being the ones praised for stopping it.

Wafula: We are still with Baba as our next president. BBI doesn't change that. We want Raila, we want peace and unity. 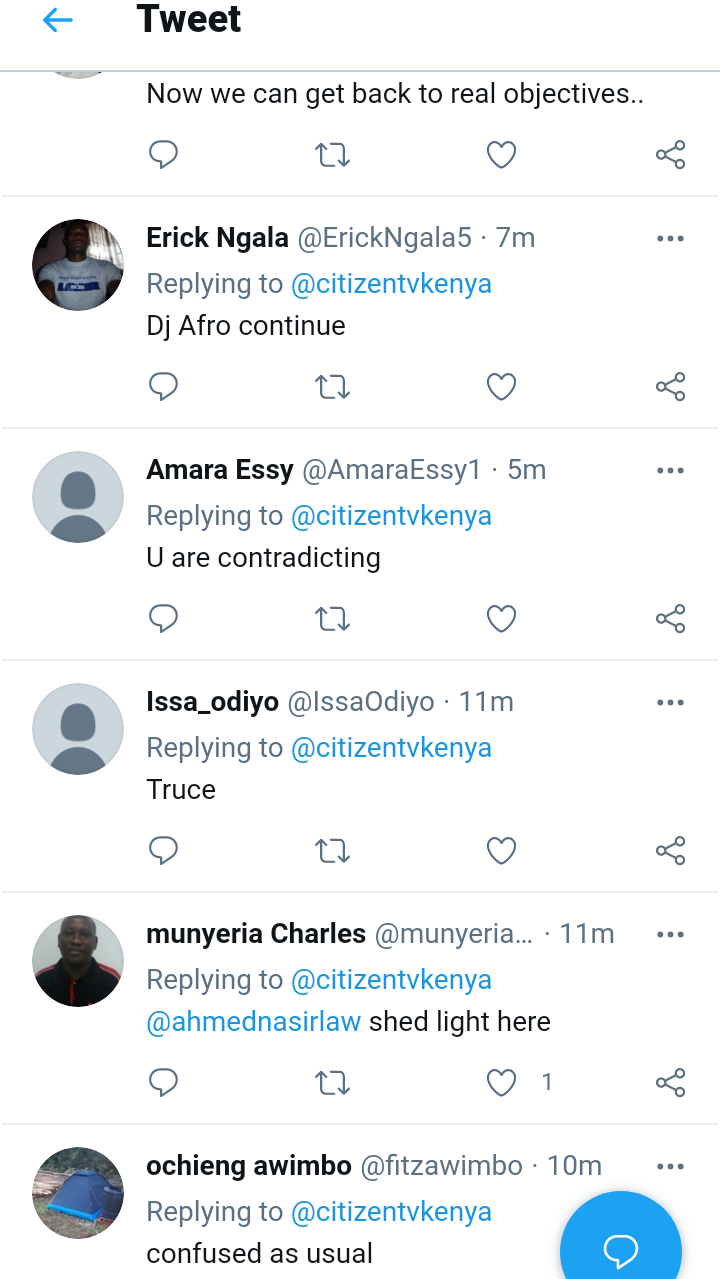 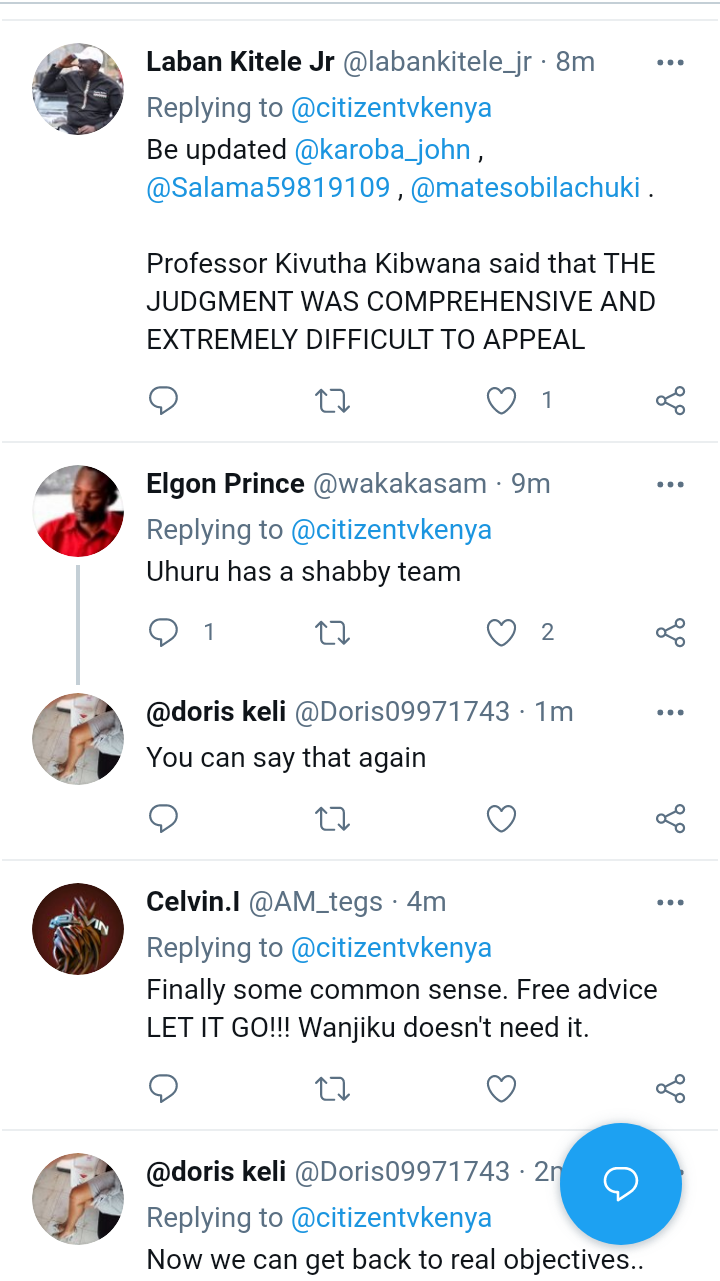 "Baba is The Magic," Uhuru's Government High with Raila, But With DP Ruto it Could Have Crashed

What You Need To Know About Kapkatet KMTC