By MellitoKe (self meida writer) | 23 days 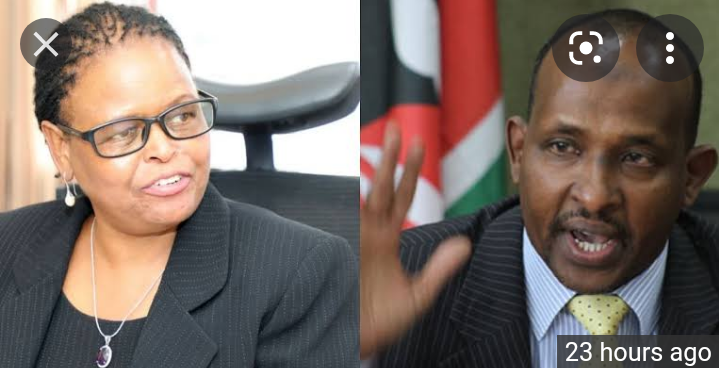 The Garissa Township member of Parliament, has left the President of the Judiciary baffled after he claimed that, the Muslim community was not going to accept any woman judge in Kadhi Courts.

Martha Karambu Koome, made history in the whole world after she became the first woman Chief Justice in the Republic of Kenya.

Koome's achievement was highly celebrated by women who believed that, there were able to hold any position in the country. 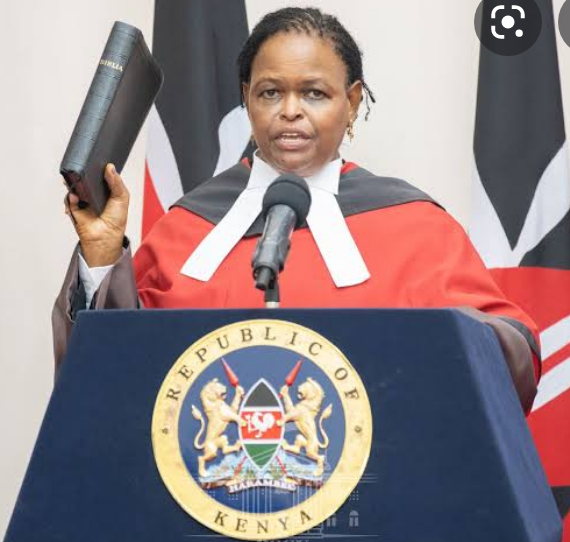 However, according to Hon. Aden Duale, a Muslim women dreaming of becoming Kadhis should know that, not all dreams are valid.

The Garissa Township MP Aden Duale said that, a Muslim women can not be allowed to a Kadhi because it is against the Holy Qur'an.

However, blogger Dikembe had it that, Kadhi’s Courts were a creation of the Kenyan constitution.

He added that, they were courts and public institutions.

According to Dikembe, it was interesting how the Muslim religion had dim views of women

On the other hand, Abraham Mutai had it that, the sentiments made by Aden Duale meant that Martha Koome was a Chief Justice of a secular organisation.

Abraham Mutai added that, if Kenya was not going to allow a woman to serve as a Kadhis then, it would be wrong for it to have a Muslim Woman as a Chief Justice of Kenya. 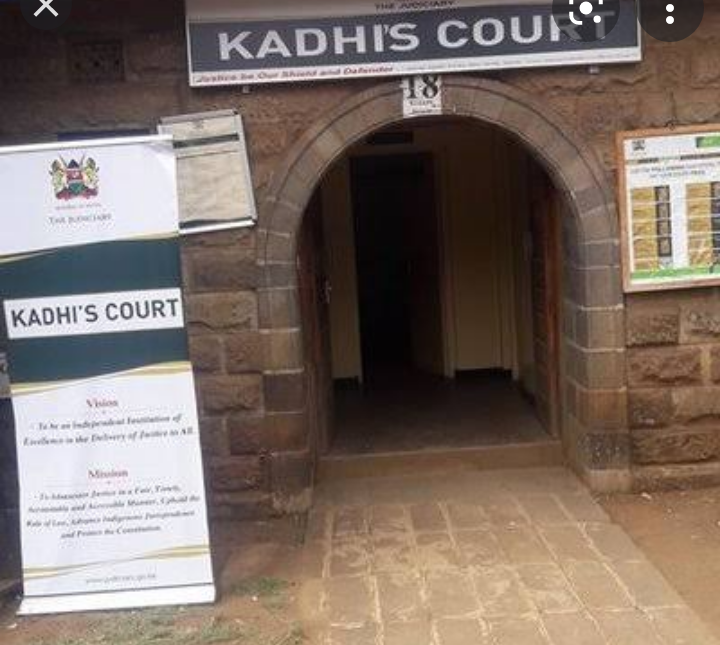 While responding to Mutai, Sultan had it that, Kenya can have a Muslim woman as chief justice but not as a kadhi.

He claimed that, The chief justice advances the jurisprudence of the hybrid legal system that Kenya has while the kadhi was in charge of Islamic affairs.

He added that, in the KADHI court, matters settled there were only those affecting Muslims

Nasir Abdulahi while challenging Hon. Aden Duale to explain as to why Samia Suluhu became the President of Tanzania, if a woman could not hold a Kadhi position in Kenya. 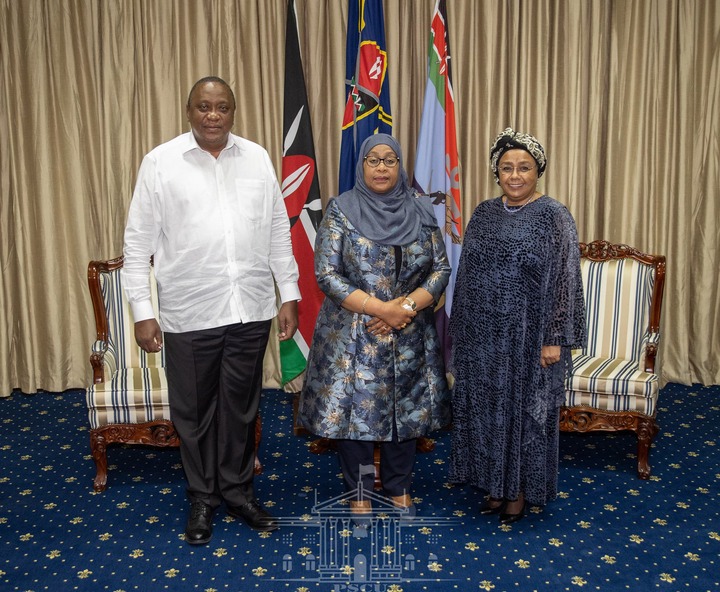 However, in response Muhamud claimed that, Samia Suluhu was the president of a secular country not an islamic state and therefore it was okay for her to be the president.

Mohamud response was however not well received by Philip Gitau and Bonface Otieno who claimed that, because Kenya too was a secular and not a theological state, the constitution was therefore to be followed. 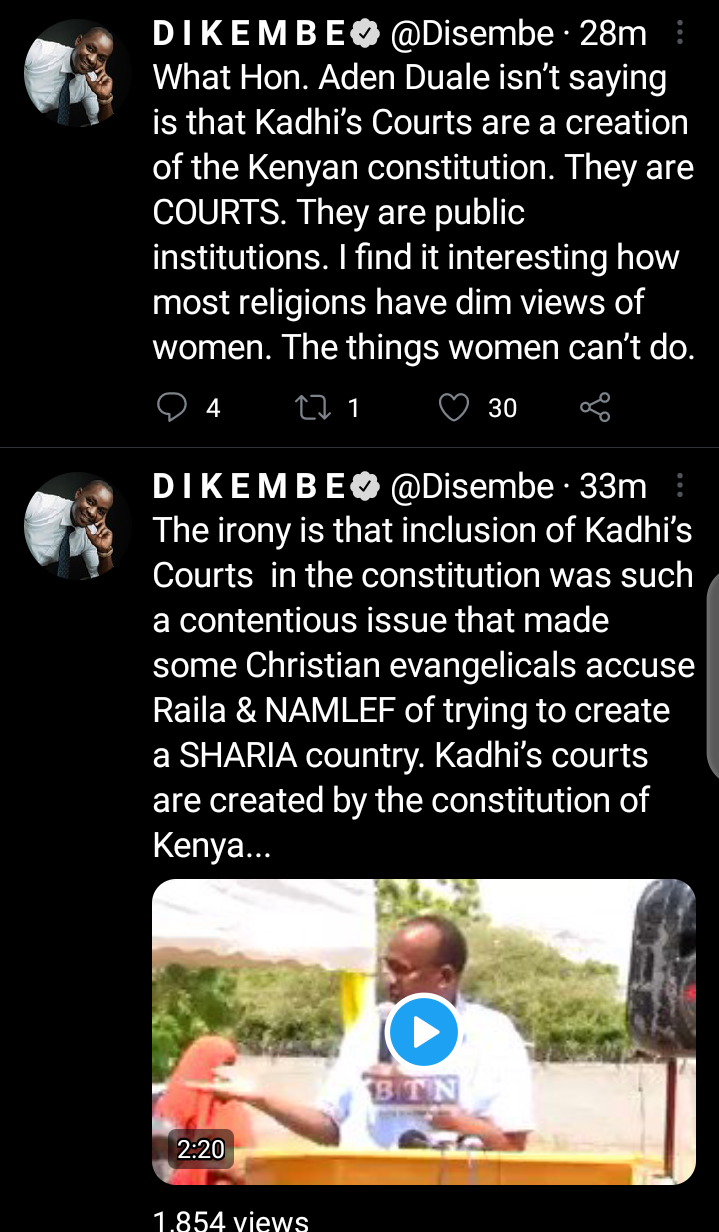 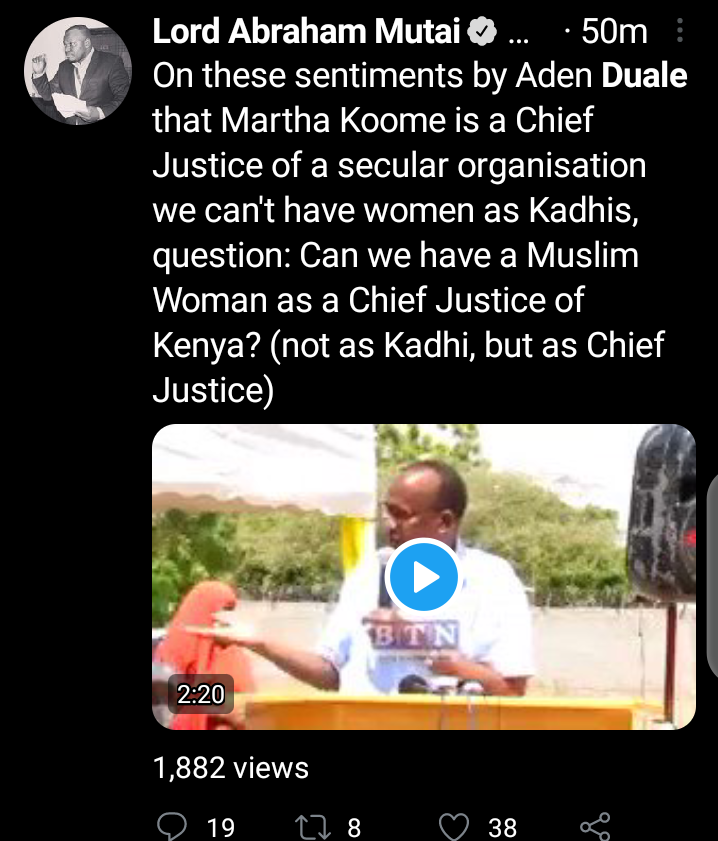 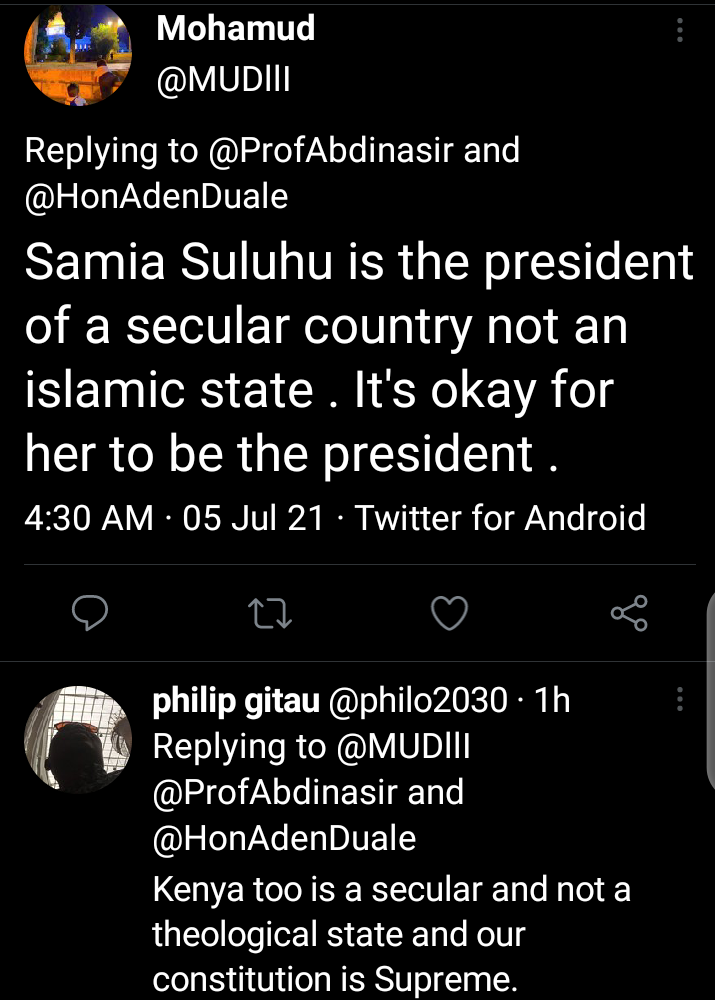 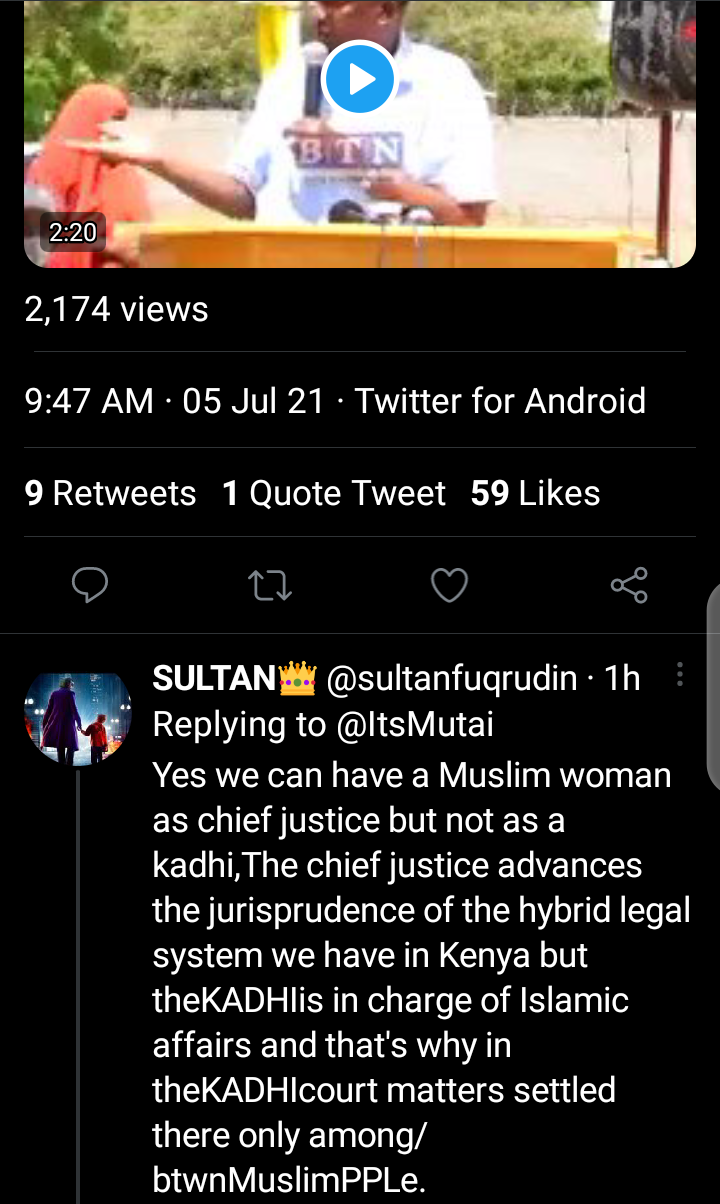 Content created and supplied by: MellitoKe (via Opera News )

Importance Of Honey, Garlic And Ginger Among Couples

Here is The Beautiful Wife And Kids of Mejja(Photos)