By Ephy (self media writer) | 1 month ago

The exiled lawyer and the leader of national resistance movement (NRM) breathed a sigh of relief when the court ordered that he was deported illegally. Therefore the court ruled a verdict that the exiled lawyer who is based in Canada should come back to Kenya immediately. Miguna Miguna saw himself out of the country after illegally swearing in Raila Odinga as the "people's president " 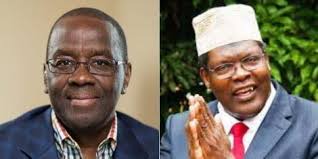 Though the court has ruled a verdict in favor of Miguna Miguna, the government is still reluctant to allow the lawyer back into country. The government still holds that Miguna Miguna engaged himself in unlawful act which they government equates to treason. 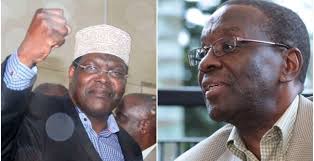 In defense to Miguna Miguna the former Chief Justice Willy Mutunga has said that he will do anything to bring back Miguna even if it means colliding with the government. The Chief Justice do holds that he is doing this for the sake of the country. Also the LSK president Nelson Havi said he will also ask Miguna to come back into Kenya.

Content created and supplied by: Ephy (via Opera News )