Uhuru and Raila's lawyers are sweating in court, Here Is Why

Lawyers for President Uhuru Kenyatta and ODM leader Raila Odinga are working hard to save the BBI bill. 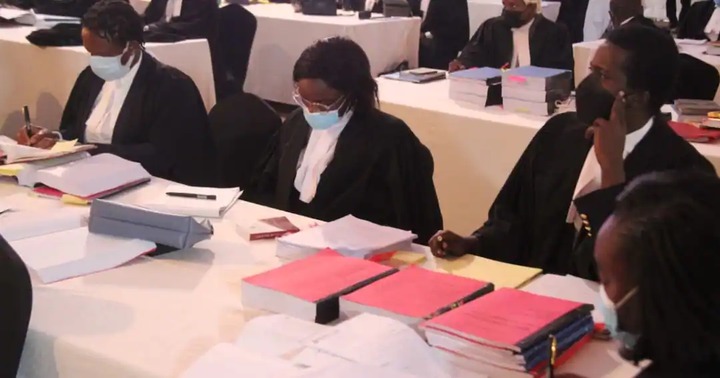 Attorney-General Kihara Kariuki, through a team of qualified lawyers, called on the Court of Appeal to reverse the decision of the Supreme Court. Kariuki told the Court of Appeal judges that what the Supreme Court had done was an attack on President Uhuru Kenyatta in which the judges ruled unfairly. Counsel worked hard to persuade the court to overturn the decision to allow Kenyans to make a decision about the BBI through a referendum.

Ken Ogeto, appearing before the court, said the Court of Appeal judges were misled about those leading the constitutional change. He urged the court to reconsider its decision, saying it would correct the Supreme Court's mistakes. In handing down their verdict, Supreme Court judges said it was illegal for President Uhuru to lead a constitutional amendment bill.

Former attorney general Githu Muigai was also present before the judges to defend the BBI, saying the offense was committed in the Court of Appeal.

Ezekiel Mutua On Spot For Allegedly Planning To Extend His Term