By Newsfortheworld (self media writer) | 5 months ago

For the past one week, former Nairobi County Governor Gideon Kioko alias Mike Sonko has been exposing the rot among some members of the judiciary. Among the most affected is Justice Said Chitembwe. 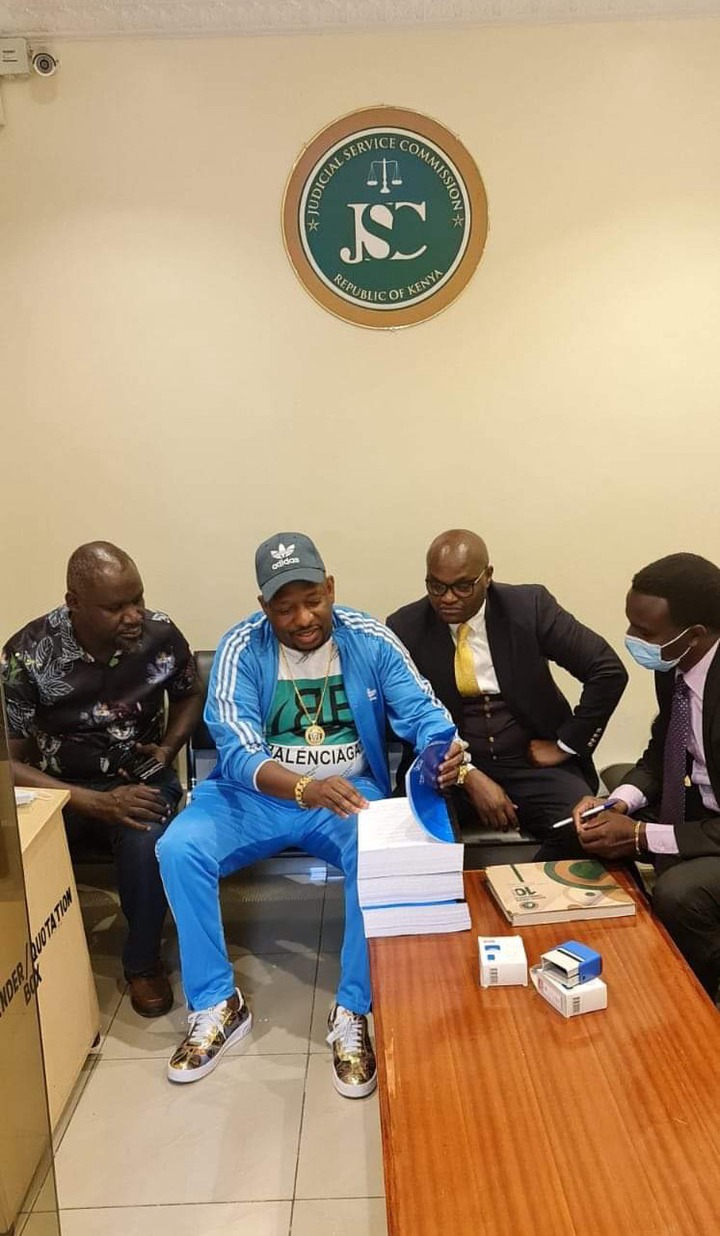 According to the exposure by Sonko, Justice Chitembwe has been receiving huge amount of bribes to deny Kenyans justice.

It should be recalled that Justice Chitembwe was part of the panel of judges that played a key role in the removal of Mike Sonko as Nairobi County Governor. 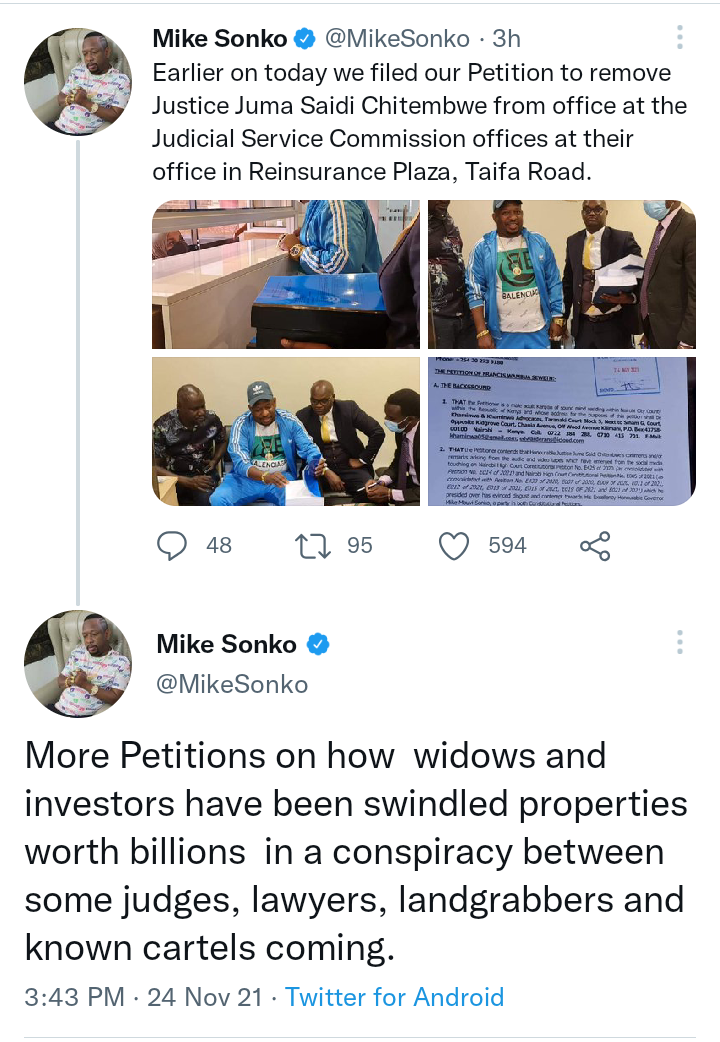 After a series of exposure, Sonko has decided to file a petition for the removal of Justice Chitembwe. Accompanied with his lawyers, Sonko filed a petition at the Judiciary Service Commission offices at their offices. 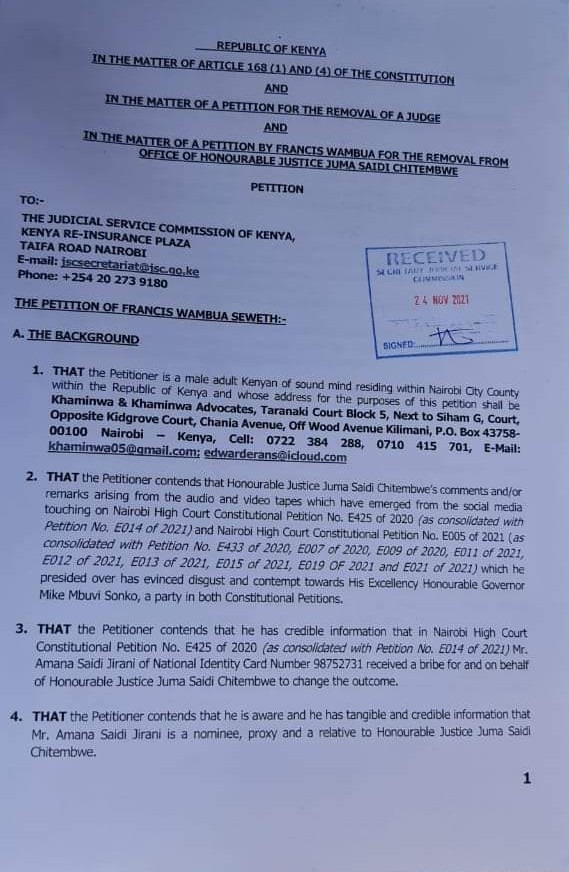 Sonko has claimed that he has all the evidence that proves that a few members of the JSC are corrupt. Either, Sonko promised Kenyans that more petitions involving conspiracy between judges, lawyers, land grabbers, and known cartels are yet to come. 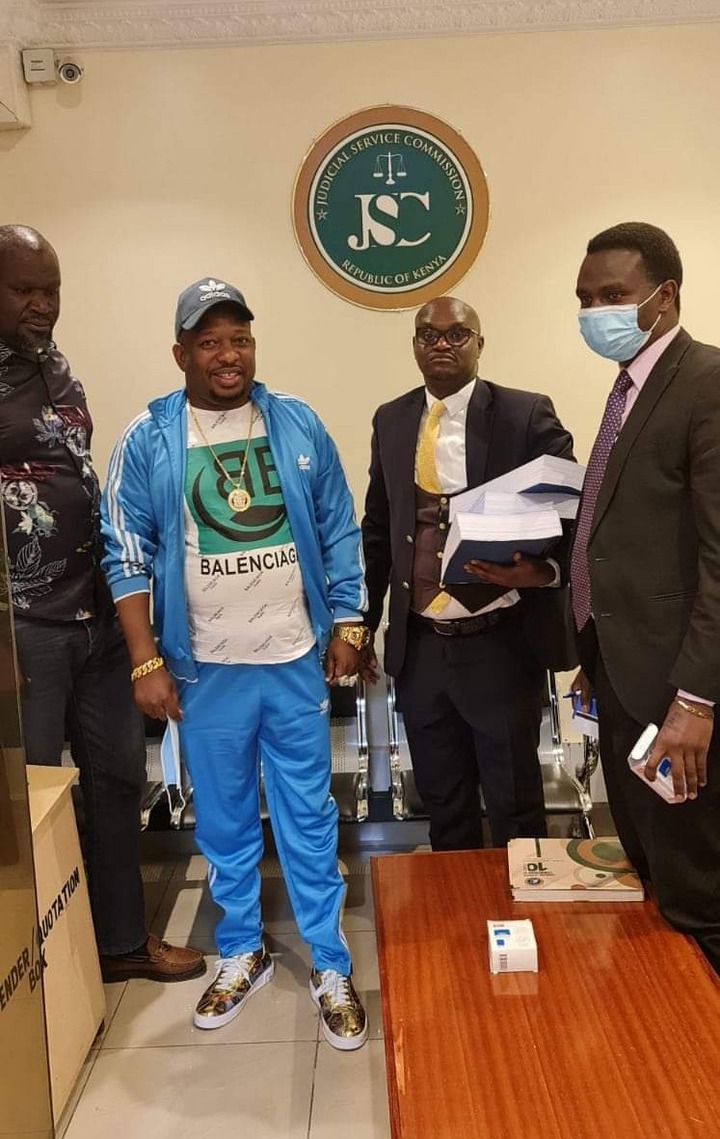 Photos Of Martha Karua Being Received In Style By Meru Residents