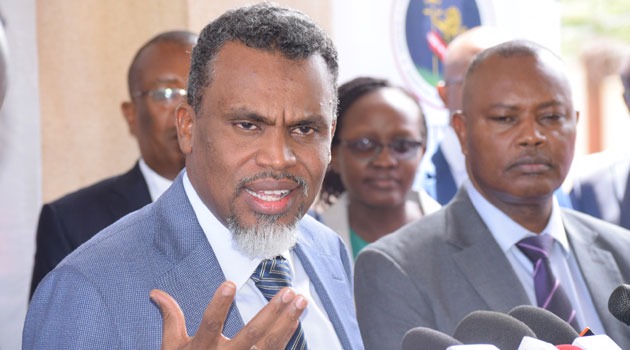 While the two offices operated seamlessly at first, and the appointment of their two heads was celebrated as a breath of fresh air in the criminal justice system, it is evident that the two are now at loggerheads.

The friction dates back to July 2020, when DPP Noordin Haji launched the indictment guidelines at a ceremony attended by Interior CS, former Chief Justice David Maraga, Inspector General of police Hilary Mutyambai and Law Society of Kenya President Nelson Havi. DCI George Kinoti, who holds the ace in the DPP's job, was conspicuously absent. It was not known if he had snubbed the event or if he had not been invited.

Yet the two offices must work in harmony if the administration of justice and the rule of law are to be achieved.

While the DPP seems to blame the DCI on the quality of the investigations, it should be noted that this is only a recent and sudden development; the DPP has pursued and referred so many cases before, to be investigated by the DCI. In Cohen's case, the DPP appears to be reluctant to accept further evidence presented to it by the DCI. Instead, he resorted to pedantic questions about who carried out the investigations and why? Shouldn't justice be his only quest?

Two offices and officials that have functioned so well in the past cannot turn against each other without motivation and motivation. We have seen several low profile and high end cases investigated by the DCI and successfully pursued by the DPP in the recent past. Likewise, there are those still raging, like the Solai Dam case, which many say has been marred by awkward lawsuits.

Then there are dozens of cases pending for completed investigations that have been referred to the DPP, but he has yet to indict anyone in court, as well as others that have been withdrawn, derailing justice. Whether the OTPP is overwhelmed with workload due to capacity issues in its office or abusing its prosecutorial discretion does not allow us to speculate. However, it is in the public interest and responsibility that deadlines are set throughout the justice delivery chain; how long does an investigation take with the DCI, how long the DPP takes to decide whether to charge or return cases, how long it takes to prosecute and decide cases in court, for Kenyans to follow progress in real time.

There have been instances where the DPP has indicated he is going through a case, but an indefinite determination can be demoralizing for INN investigators and lead to speculation.

One might wonder, for example, what has happened to the alleged assault incident involving Law Society of Kenya president Nelson Havi and renegade CEO Mercy Wambua since it was reported in July 2021. The case of these antagonistic justice officers illustrates why delays are needed to clean up the stable and spin the wheels of justice.

Likewise, while the debate rages on the implementation of the ethical threshold set in Chapter 6 of the Constitution, it is curious that dozens of corruption and other criminal cases faced by governors and other elected leaders or aspirants are still pending before the courts. Some of the cases have not progressed since they were filed in five years. What is the prosecution doing to ensure their quicker determination? 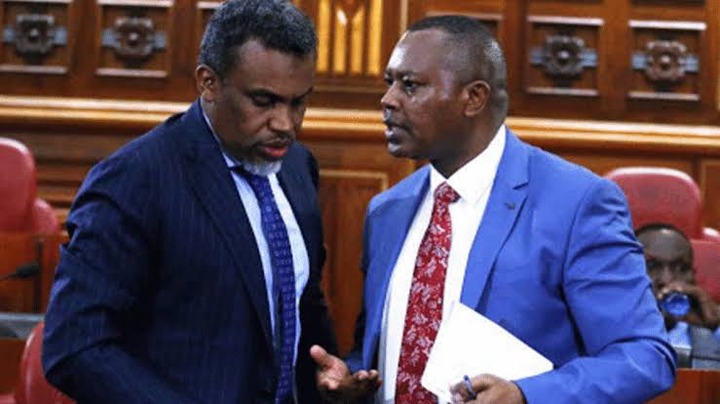 During CJ David Maraga's tenure, the judiciary began to regularly publish the status of corruption cases online to discharge any accountability. This is a trend CJ Martha Koome should maintain in addition to her recent statement that all trials should be concluded within three years.

It should be of concern to everyone, when we start to hear statements and comments from respected lawyers suggesting that DCI Kinoti is fighting DPP Haji because the former is from a minority community in northern Kenya. No, we must seek to understand what the underlying problems and solutions are, not “politicize” the problems out of opportunism.

Both offices will outlive Haji and Kinoti.