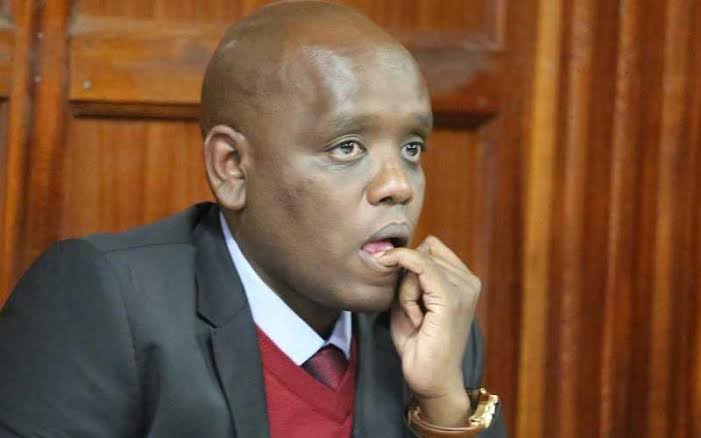 Former Director of Digital Communications at the State House, Dennis Itumbi, now wants the court to do away with the case facing him for associating Nairobi businessman Mike Maina Kamau with the United Democratic Alliance (UDA) party which belongs to the Deputy President William Ruto. This comes after the city businessman, Mike Maina, headed to court following alleged Itumbi's claims that Mr Maina is Associated with Ruto's UDA party.

In an urgent application by High Court Judge Jaden Thuranira, Mr Itumbi said the case of defamation filed by the businessman was intended to serve political purposes. Itumbi says that he has never published anything defamatory about Mr Kamau or anyone else in whole of his life. Itumbi says that he respects everyone as much as he respects himself. Dennis Itumbi said this in a request submitted yesterday in court to have the case facing him abandoned by the court.

He claims the High Court has no jurisdiction to deal with the defamation case filed by Mr Kamau, owner of Marble Arch Hotel, Nairobi.

The lawyer said the case should be dismissed because, according to him, it was supposed to be filed in the Magistrate's Court in accordance with section 11 of the civil cases. He added that the law says such a case should be filed in a lower court that has the power to deal with it.

According to lawyer Kamotho Njenga, Mr Kamau's case should be dropped by the court. Kamotho says that Itumbi was not given a chance to defend himself before an order barred him from associating the businessman with UDA. The lawyer cited that the order issued following Mr Kamau's complaint is a form of harassment to Itumbi who he says was not given a chance to be heard before the action was taken against him. 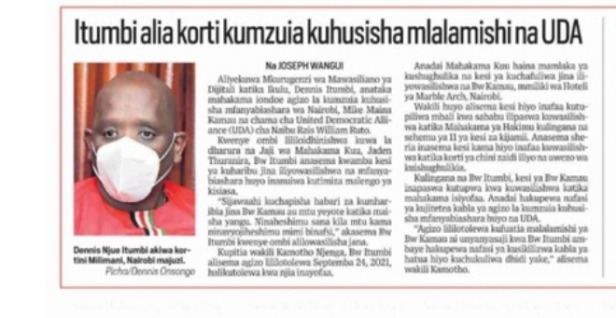