By MarkoMaloba (self media writer) | 1 year ago

The name Effie Owuor cannot be ignored when talking about milestones made in Kenya's Judiciary. 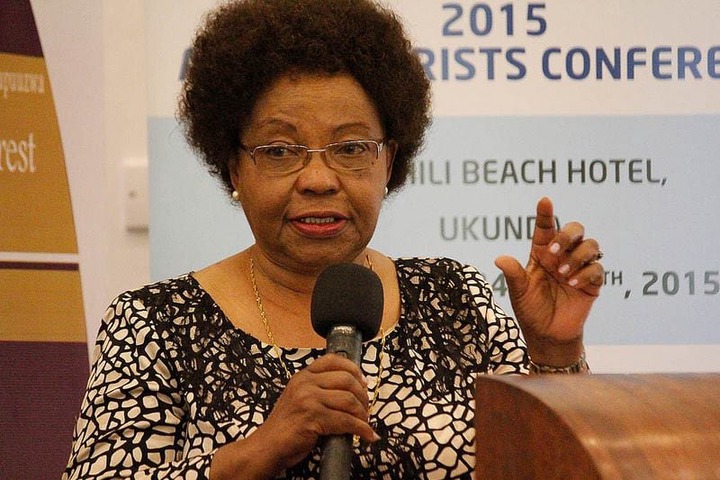 Effie as she is popularly referred to, is Kenya's first female magistrate who went ahead to blaze many more trails in the legal sphere. Photo: Citizen.

Through the years, courtesy of her brilliance and results-based impact she ascended the judicial ladder to become the country's first High Court Judge.

She was born in Kakamega county in 1943 and was among a few lucky women who accessed education given the levels of discrimination against girl children in the pre-colonial era.

She schooled at Butere Girls High School in her county of birth where she completed her O-Levels in 1961 after joining in 1958.

After Butere it was time for A-Levels and she joined Alliance Girls High School completing the levels studies in 1963.

The respected jurist went ahead to pursue a Bachelor's of Law Degree at the University of East Africa at Dar es Salaam which meant she was the first woman to attain the fete in Kenya.

She began working as a State Counsel in the chambers of the Attorney General before she was appointed as Kenya's first female magistrate in 1971.

The brilliant and hardworking lawyer who has inspired many women to take up leadership positions ascended to work at the Court of Appeal as a judge.

In the High Court and the Court of Appeal she presided over civil, criminal and constitutional cases and appeals respectively besides chairing different taskforces that she had been appointed to as commissioner.

Notable, was when, together with Cecil Miller and C.B. Madan, in 1983 she was appointed by government to the Judicial Commission of Inquiry to investigate the conduct and corruption allegations against former Attorney General Charles Njonjo.

This meant that Effie was first woman to sit on a Commission of Inquiry of monumental historical significance in Kenya’s political history.