By TelegraphKenyanews.co.ke (self meida writer) | 10 days 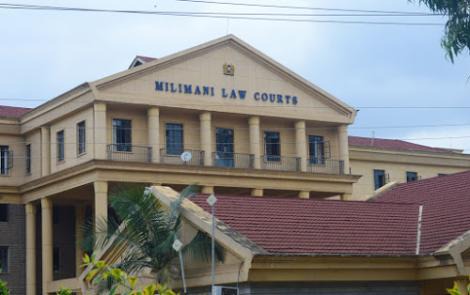 Justice Benard Eboso who was handling the Deputy President William Ruto Weston Hotel Land case was transferred to another court.

He was among the 18 judges of the Environment and Lands Court (ELC) Chief Justice Martha Koome moved to other courts.

Justice Koome also posted 18 other judges who were newly appointed to other stations.

Justice Eboso was moved from Milimani Court in Nairobi to Thika Court where he will be working together with Justice Grace Kemei transferred from Murang'a.

Justice Lucy Gacheru who was in Thika has now been taken to Murang'a.

Justice Christine Ochieng who was transferred from Kajiado will now serve together with her newly appointed counterpart Nyukuri Annet at Machakos court.

Other judges transferred from the Milimani Court include Justice Elijah Obaga and Kossy Bor who will now be serving in Eldoret and Nanyuki respectively. Their positions will be taken by Justice Oscar Angote from Machakos and Justice Lucy Mbugua from Meru. 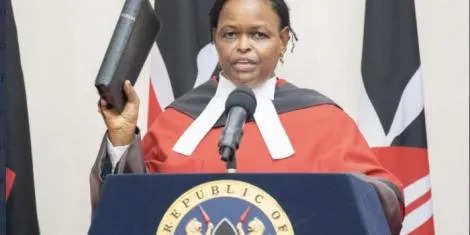 Justice James Olala will be working in Nyeri following the suspension of Justice Lucy Waithaka over issuing two contradictory judgments on the same case.

Other prominent judges transferred include Justice Francis Muchoki Njoroge moved from Chuka to Isiolo, Millicent Odeny from Eldoret to Malindi, Nelly Matheka from Kakamega to Mombasa, and Charles Yano from Mombasa to Chuka.

Other include Justice Francis Njoroge from Kitale to Nakuru, Dalmas Ohungo from Nakuru to Kakamega, George Ongóndo from Migori to Homabay, Mohamed Kullow from Narok to Migori and Charles Mbogo from Makueni to Narok.

The other newly appointed judges will serve in various courts in the country.

DP Ruto's Critic Misquotes The Bible, Contributes In A Fundraiser To Buy A Bishop A Vehicle

Kalonzo Musyoka Amazes Netizens Admitting This Truth On Dp Ruto; Clears The Air On Working With Him