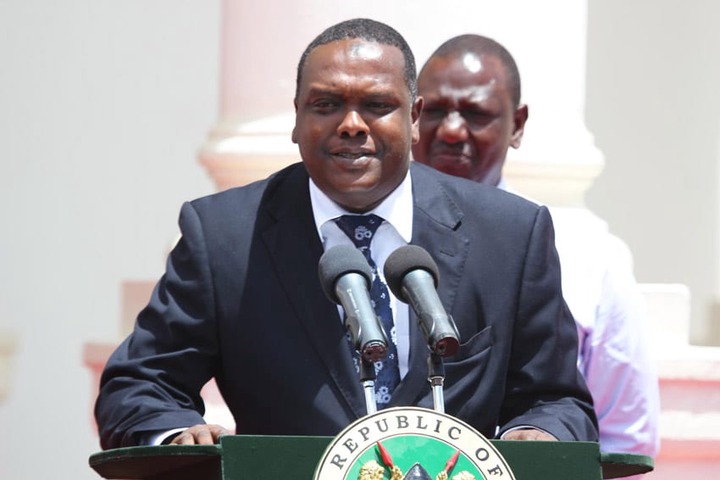 Embattled former Sports' Ministry Cabinet Secretary (CS) Hassan Wario has secured his freedom after settling his Ksh3.6 fine which the court had slapped him with.

Wario had been sentenced on Thursday (today) after he was found guilty of office abuse over the Rio Olympics games sacndal when he led the Sports' Ministry docket.

The court had directed him to pay Ksh3.6 million fine, or spend 6 years in jail. His accomplice the ex-Olympics team leader and ex-Nock official, Stephen Soi was also fined Sh105 million, or 12 years' imprisonment.

Soi reportedly sought to have a review of his fine and sentencing, an attempt the court declined. Mr. Soi faces charges of office abuse, as well as willful failure to comply with protocols and guidelines governing management of public funds.

Wario on the other hand was charged for allowing three uncleared persons to travel to Rio, in addition to overseeing them to an illegal pay.

By having the three included after the final list had been accredited, the three led to wastage of public resources since all of their expenses were born by the Kenyan government.

Delivering her ruling, Magistrate  Elizabeth Juma stated that the judgement of the two should not be the final, but efforts must be applied to have the misused funds recovered.

"The court is called upon not only to give a retribution sentence but also a restorative sentence to recover the monies," Magistrate Juma insisted.

A Ugandan journalist accused of insulting the President has been released

Opinion: Real Madrid Is No Longer The Favorite To Win The Champions League Let Alone The La Liga