"That Was a Clear Accident, Not Recklessness" Lawyer Says as Mudavadi Blames Mwingi Bus Driver

The 51-seater bus that drowned. [Source/Kitavi]

City lawyer Wahome Thuku has defended the driver of a school bus that killed at least 21 people when it was swept away while attempting to cross the river Enziu in Nguni, Mwingi, Kitui county on Saturday.

Before the rescue mission was postponed to Sunday, 21 bodies have been recovered and 17 people rescued from the swollen Enziu River.

The ill-fated bus was carrying members of the Mwingi Catholic Church choir who were heading to a wedding in Nuu ward from Mwingi Town. 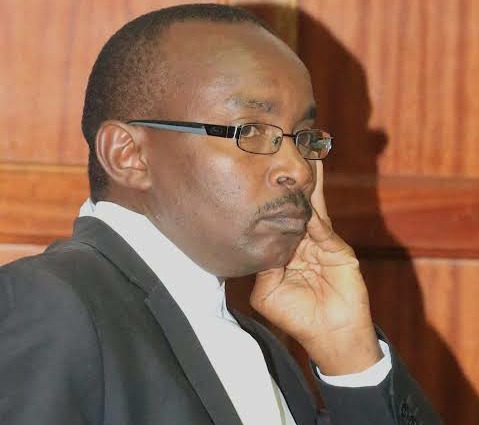 Wahome defended the driver from accusations of being careless of consequences saying the bus drowned accidentally.

"I have watched the live video of the Kitui tragedy. That was a clear accident, nothing about recklessness. The bus WAS NOT swept away by water. In fact the water was too shallow for the bus and the driver made a clear judgement," he said.

In a Facebook post, the lawyer said Kenyans drivers were used to driving through such waters adding "the bus clearly encountered a depressions covered by water and toppled over." 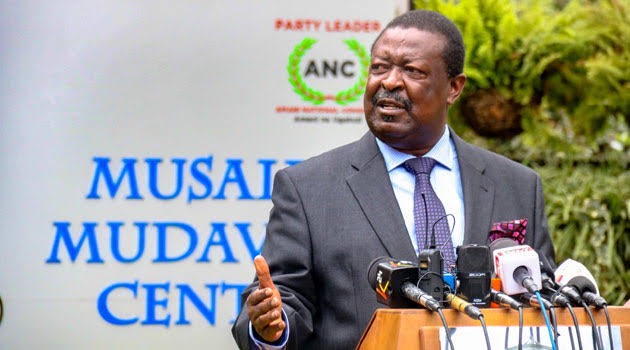 ANC party leader Musalia Mudavadi is among prominent leaders who have apportioned blame on the driver saying he lacked regard for the danger of crossing a swollen river.

"It's sad that many lives were lost due to a human error, which could have been avoided had the driver exercised some patience & caution," Mudavadi tweeted. 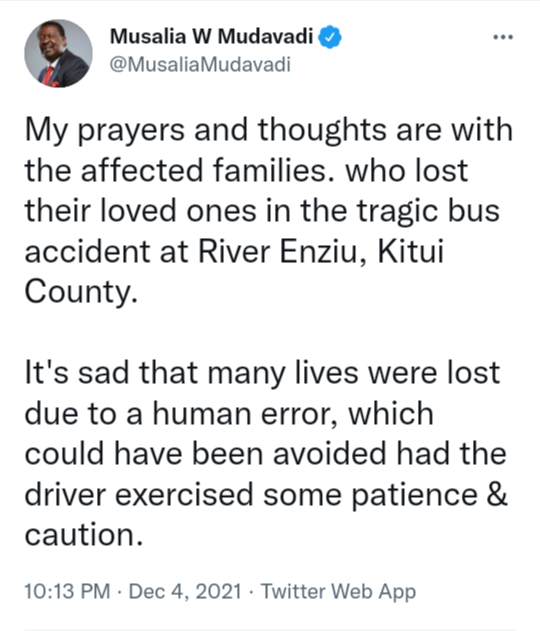 US-based law scholar Prof Makau Mutua, who hails from the area, blamed national and county governments for failing to erect a proper bridge on River Enziu. 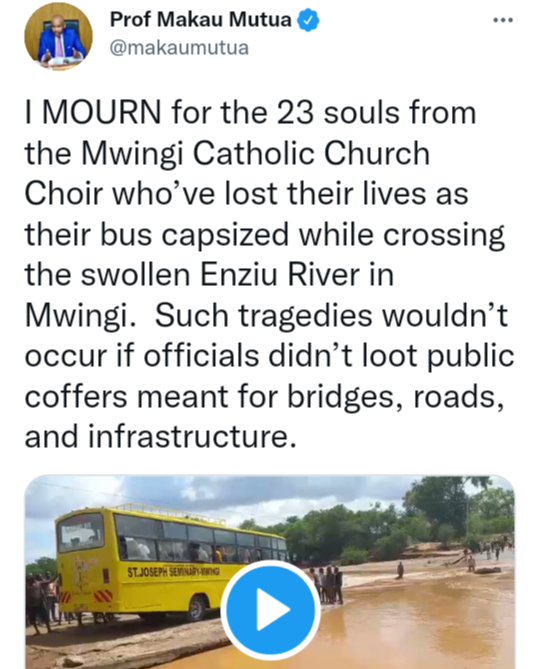 Why Mudavadi Banned Raila from his Event