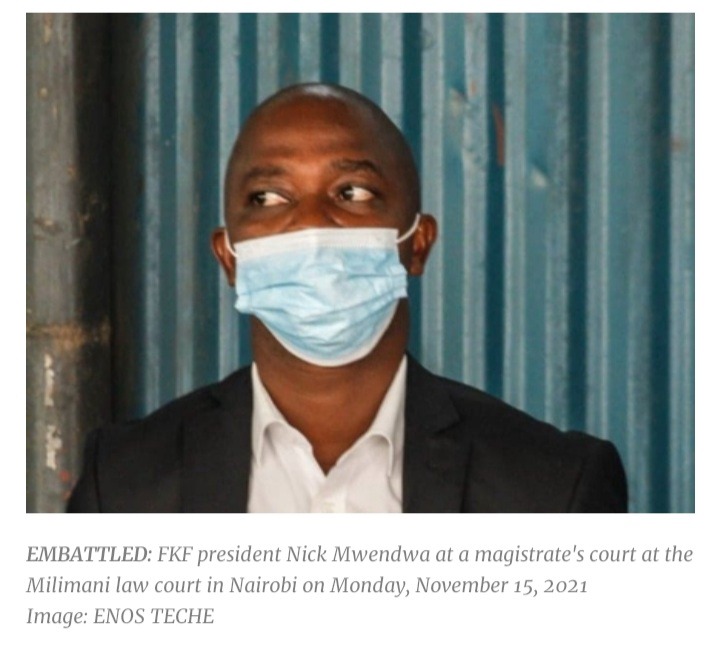 Nick Mwendwa has lost a bid to dismiss his prosecution.

He was on Tuesday face charges of Sh38 million fraud.

"Mwendwa has been prevented from accessing FKF premises, talking to witnesses and posting in the media anything regarding the case," Court ruling read in part. 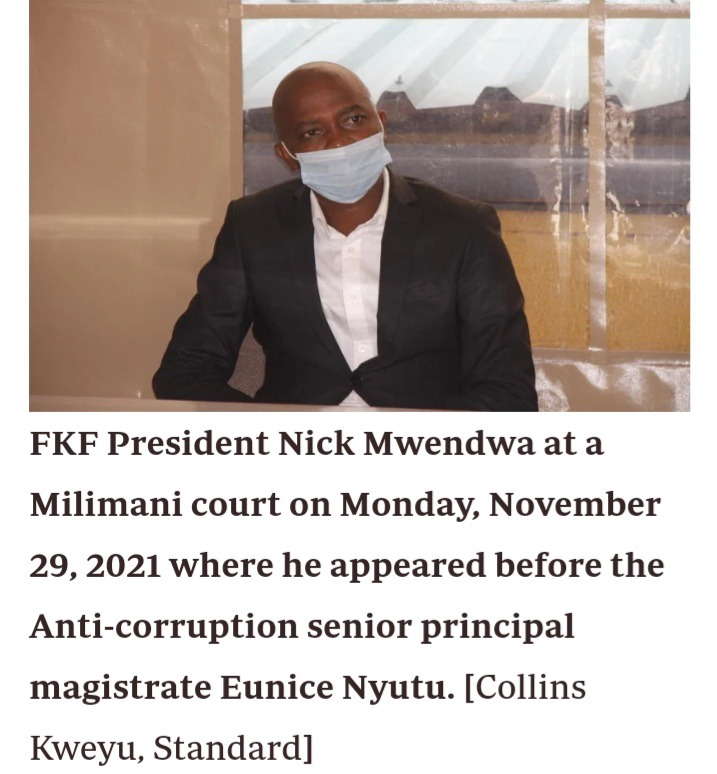 Mwendwa spent the better of the weekend in police cell having been rearrested last week Friday afternoon.

He was held at Gigiri police station where he was Saturday taken to record a statement and then later locked up.

Prosecutors tasked with the case demanded for the file on the investigations from the authorities for analysis and arrangements before being placed in court. 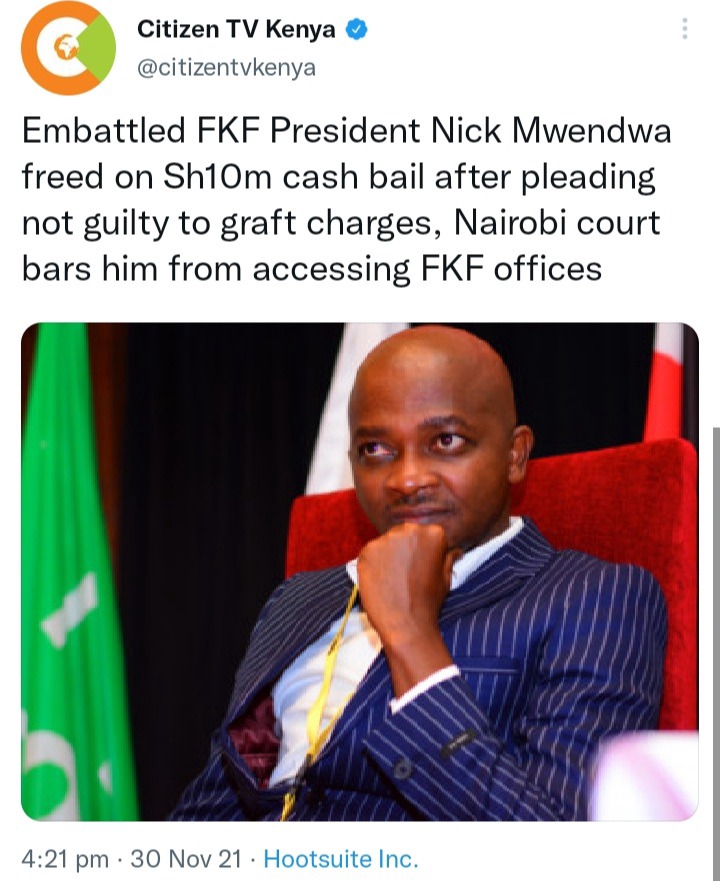