Story of Steve Ogolla, From Hawker in Kisumu to an Advocate of the High Court of Kenya

By NiceGirl1 (self media writer) | 4 months ago 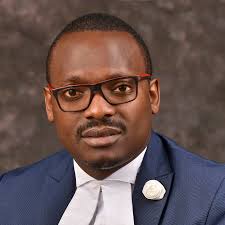 Story of Steve Ogolla is one that's very inspiring but again as well painful at the same time. Most know him as one of top most lawyers in the country who have been on our TV screens severally of course analyzing politics in a manner that he understands it best.

To begin with, Steve Ogolla was born in Siaya County in Ugenya constituency in a polygamous marriage. He had his mother as the first wife as well two step mothers something that made life really unbearable. Steve Ogolla has eighteen siblings in number most of whom did not go to school due to the state of poverty in the family as they would sleep hungry at times and have sugarcane only for supper.

Steve Ogolla however was not confined in the state of problems rather was focused for he wanted to remove his family from poverty. He repeated form four three times to get a grade to move to university without getting tired at all. According to Steve, his mother is his greatest motivation and inspiration to the far that he has been as well a host of several others who have come to his rescue even when he was in Moi university. 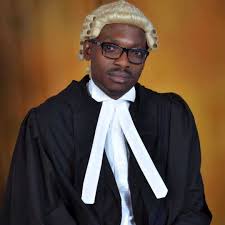 According to Steve Ogolla, success doesn't come easy for he has really struggled to be in place where he is today. He opines that at Moi University he was a hawker of chicken as well in Kisumu he would hawk to afford fare and everything to maintain himself at the University for HELB was not enough.

However it's a fact he has made it life and he doesn't regret his struggle in life for it was worth it. He has today been a lawyer who everybody especially the young are looking up to. He has currently built identical permanent houses to all his mothers as well some of his siblings. He is educating others to ensure they take control of their lives moving into the future for it's a fact as per him in life nothing comes easy.

Steve Ogolla is not married but has two daughters from his past relationship. He takes his kids and family as his everything and focuses more to build more on his career profession before thinking of joining politics moving into the future.