Itoya Hotel Owner to Lose Ksh. 22 Million to the Taxman

By HabarIbuka (self meida writer) | 18 days 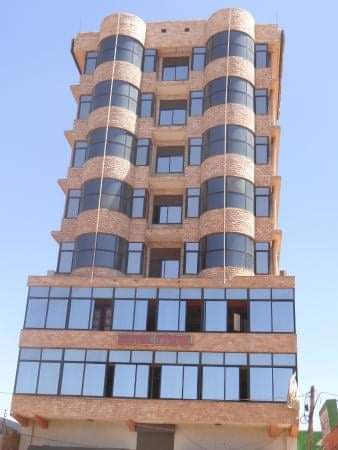 The Kenya Revenue Authority has been given a nod to collect Sh22 million from a Busia businessman over unexplained account deposits and unverified deals with the county government.

The tax appeals tribunal ruled against Charles Wesonga who tried to claim tax amnesty after it had expired, had unexplained funds in a dormant account and failed to show evidence that he had loaned a Busia County supplier.

The KRA raised the tax bill after it discovered Mr Wesonga had Sh5.2 million in a dormant account and received Sh57 million from Dan Omondi of Danlec Electrical Services a supplier at the county government.

The taxman further raised tax charges on rental income of the businessman who owns Itoya Hotel at the Kenya Uganda border.

“KRA submitted that Mr Wesonga received money in excess of Sh57 million into his personal account which he contends is a refund from a loan advanced to his friend. Mr Wesonga produced a board resolution from Ayoti distributors which was not registered with the registrar of companies,” the tribunal led by Mahat Somane said.

“He did not produce any documents to support the advancement of the loan, neither did he produce any contract that the said Mr Omondi was being financed. Additionally there was no evidence the contract between county government of Busia and Mr Dan Omondi had been serviced,” the tribunal said.

Mr Wesonga had tried to argue that KRA investigators had errored in coming up with the tax claims since he had closed his National Bank account in 2014 and yet the tax man raised the claim in 2015.

He also said the loan to the supplier was advanced by his affiliated business Ayoti distributors and should not attract the tax charges.

Ayoti distributors had also given him funds to buy a house from the National Social Security Fund and should not have been taxed while he had also applied for the rental tax amnesty only to be denied by KRA.

However, the taxman said Mr Wesonga did not get the money from his affiliate business but rather received deposits from his Hotel-Itoya and Danelec Electricals.

The tribunal also questioned why Mr Wesonga was receiving loan repayments from the supplier into his personal account yet the facility had been advanced by the company.

The tribunal also found that Mr Wesonga could not claim a rental tax amnesty in June 2017 yet the 2015 tax procedures act deleted the amnesty.

Ahmednassir Abdulahi :Why Raila May Be Forced To Buy A New Party

Popular TikTok Cross-Dresser Denies Conning 344k From A Man, Here's What He Said

5 Player's Currently On Chelsea's Bench That Earn Higher Than Rudiger

2 Crops That Can Generate For Any Farmer A Good Income After Their Harvest.