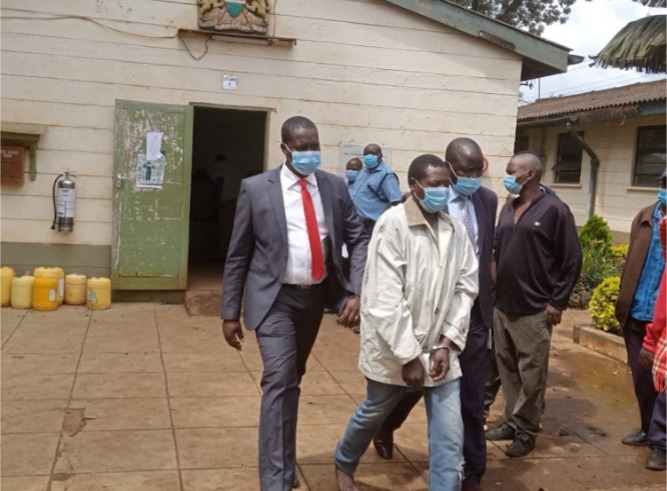 Paul Murage leaving a Gichugu court for hospital after the court cleared the state to deal with his condition.

A case in which a man is accused of stabbing his wife and four children in the most bizarre manner in the village of Kathata, Kirinyaga County, did not take off on Wednesday.

This was after a Gichugu court authorized the suspect, Paul Murage Njuki, to be taken for treatment.

Appearing before Gichugu Senior Magistrate Leah Kaberia, Njuki complained of having a headache and pleaded with the court for the state to deal with her condition before any considered claims on her case were made. determined.

Kaberia asked officers investigating his case to ensure he was rushed to a nearby health facility before being returned to court in the afternoon.

The Star has since established that the Office of the Director of Criminal Investigations intends to file a request for the court to give it two weeks to complete the investigations. 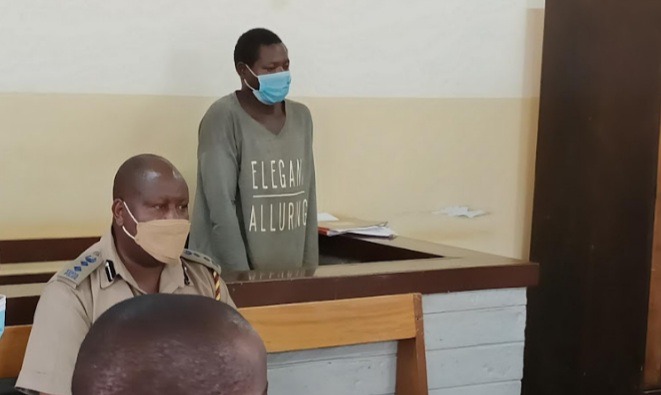 Paul Murage during his appearance Wednesday morning before a court in Gichugu.

Murage is accused of murdering his entire family using deadly weapons in a domestic violence case.

Njuki, 35, surrendered to local police on Monday before leading detectives to where he had thrown the killer's weapon and his house where the bodies of his wife and four children were.

The children were between 13 and one year old. The victims had head injuries and one of the boys had burns to his leg indicating that he had burned it.

He also allegedly defiled one of his deceased daughters before killing her.