Lawyer Ahmednasir Alleges What The Government Had Planned On Weston Hotel

The Vocal Constitutional Lawyer Ahmednasir Abdullahi has Allegedly revealed what the Government of Kenya had planned two days ago concerning the Weston Hotel which is Owned by the Deputy President William Ruto.

Through an early morning in Tweeter account Ahmednasir Allegedly said that he want to be on Record as a Counsel reveling the issue sorrounding the Weston Hotel. He boldly claimed that the Government of Kenya had sent Tractors and Goons to demolish the Weston Hotel. He went ahead to say that upon arriving at the scene, the operation was called off following a change of mind Plan.

"As counsel on RECORD for Weston Hotel I can OFFICIALLY CONFIRM that the GOVERNMENT of the REPUBLIC of KENYA 48 hours ago sent tractors and goons to demolish the Hotel. The operation was called off after the tractors reached the hotel and the powers that be changed its mind." Lawyer Ahmednasir Claimed.

This Elicited reactions from kenyans some citing that the Hotel should not be Demolished instead be used for other useful purpose. Weston Hotel had been on the Limelight after it was Alleged that the it build on public Land. The Matter is yet to be settled to establish the truth of this Matter. 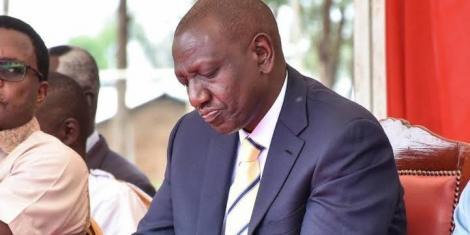 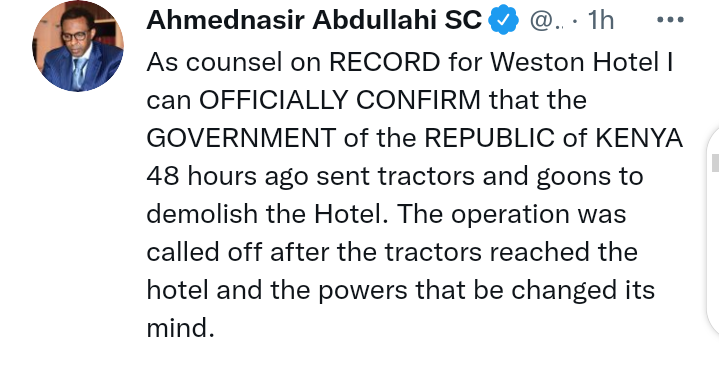 Is the dead sea really dead

Leave Alone Friesian Cow, Here Is The Dairy Breed That Can Produce Upto 60 Litres Of Milk Per Day

Raising Of Maize Crop To Produce More Than Two Cob Fruits Per Plant.