By JKNews (self meida writer) | 2 months

It is two week now, after Antoney Maina was left toothless by three Nairobi City Askaris who pluck out all his teeth due to failing to give Sh100 to as a bribe. 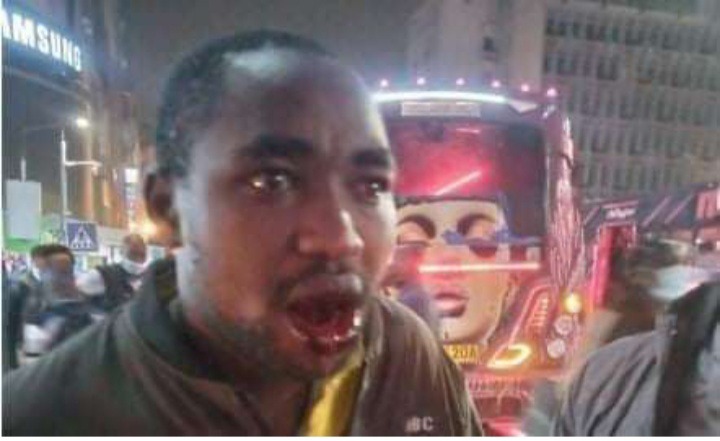 Antoney Maina who was walking along Tomboya streets doing his normal duty of hawking just to get his daily bread, find himself in unplanned incident after three askaris emerged mysteriously demanding for sh100 but unfortunately Maina had 20bob only and without hesitating he went ahead to give them 20bob, but they refused to take it claiming that it was little amount.

Wow! Antoney fall in a trapped he had never expected it will come, he had no otherwise but to struggle to save his life, but it was all in vain he ended up being toothless.

From his brother, Elias Mwangi, he said, Maina has been going through a lot of challenges due to brutality he got from the incident.

He is not able to chew anything but only depend on oatmeal and juice using a straw which is not satisfying his starving.

Mwangi also said, despite reporting the matter to police station, no action has taken place to get avenge for justice, he is now requesting for immediate action which it can assist his brother to become relieved.

From the source, most of the social media users was demanding for justice to man, and these were their reactions:

The cases of bribe among our police especially those working in towns and those controlling traffic jam in roads has been very high, we urge the respective authorities who are concerned to intervene what is going on among our security team.

"Joke Of The day, "Kenyan Reacts After Blogger Robert Alai Hints This Man To Be Raila Running Mate