By Mrs.dr.life (self media writer) | 1 month ago 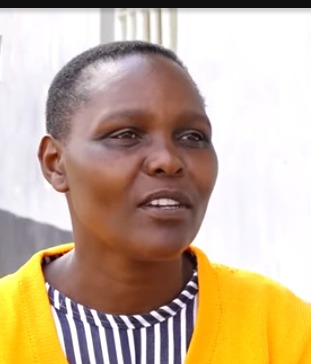 If you are a social media user you must have come across “Njeraini citu” show aired by Simon Kibe through Inooro tv. The show usually air stories of Kenyans in prison with an aim of sensitizing the public about the negative side of crime. Some hours ago he brought a story of Stella Njoki who was imprisoned together with his three brothers.

According to her, it all started after his brother rented their tea farm to one of their neighbours for a period of four years which went on smoothly. After the end of the tenure, the man refused to leave their land and one morning his brother found him picking tea against their agreement.

That is where war erupted between the two and she screamed in search of help but unfortunately before people come, his brothers had already killed the man. They were called to the police station the next the four of them and they never come back home.

The judge ruled a death sentence to the four of them but she was later pardoned to life imprisonment. One of her brothers was released under claims he was mentally challenged leaving three of them in prison.

She left behind her husband and children but her husband married again which she is okey with although she believes they one day she will leave the gates of prison. She is therefore advising Kenyans to stay away from crime and regulate their anger since it can cost them a lot. Watch the full video below.