By Turfosa (self media writer) | 1 month ago

Forty-five witnesses are lined up to testify in the Sh233 million graft case against Garissa Governor Ali Korane.state prosecutor told trial Magistrate Elizabeth Juma that one witness had begun to testify before Chief Magistrate Douglas Ogoti, who has since been transferred to Embu in the same capacity.

Ms Juma heard that both the prosecution and defence have agreed to proceed from where Mr Ogoti had reached.Ms Juma asked the parties to address her on the way forward given the requirements under Section 200 of the Evidence Act. Under that section, a suspect is called upon to elect whether a case against him or her will start afresh or proceed from where it had reached when a new trial magistrate takes over.

However, defence lawyers led by Mansur Issa told the magistrate all the parties in the case had agreed to proceed from where Mr Ogoti had reached. 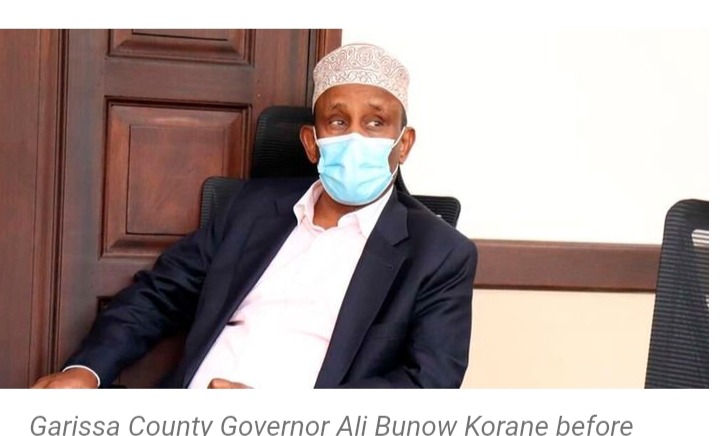 The prosecutor agreed, adding that a total of 45 witnesses have been lined up to testify against Mr Korane and four others.The governor, who is out on Sh3.2 million cash bail, will return to court on November 15 when the hearing resumes.

The other suspects charged alongside the governor were freed on Sh1.2 million cash bail each.

She was Found Decomposing After A 9-Year Long Search, British Soldier Confess For Killing Wanjiru