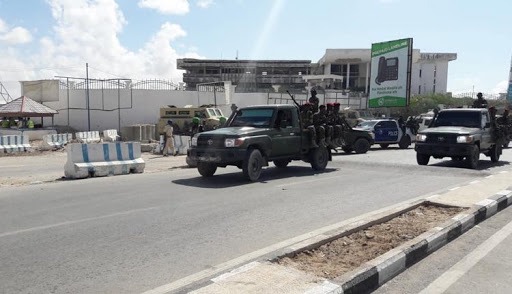 Deadly scenes have engulfed the republic of Somalia's capital city of Mogadishu as hundreds of protestors poured to the streets to demonstrate against Somalia President's controversial term extension.

In a video by Garowe online that has been seen by this writer, hundreds of residents can be seen igniting fires at a place called Fagah in Mogadishu against the Somalia government. This came shortly after rebel troops allied to opposition politicians took control of the area. 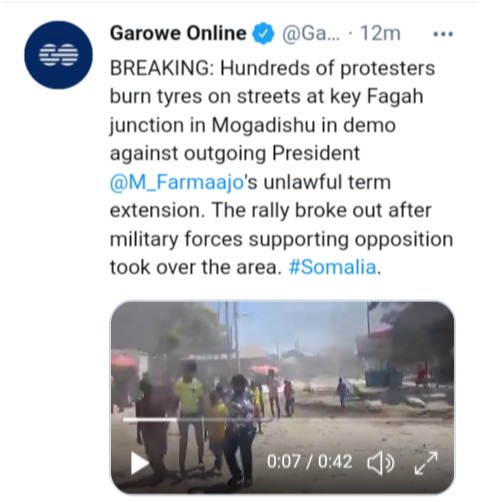 "Hundreds of protesters burn tyres on streets at key Fagah junction in Mogadishu in demo against outgoing President Mohamed Farmaajo's unlawful term extension. The rally broke out after military forces supporting opposition took over the area," the report said.

The country has been further thrown into panic over the latest move by troops who have left their respective camps to pitch camp in Somalia's capital. It is reported that the troops have already declined a plea from president Farmaajo to return to their camps. 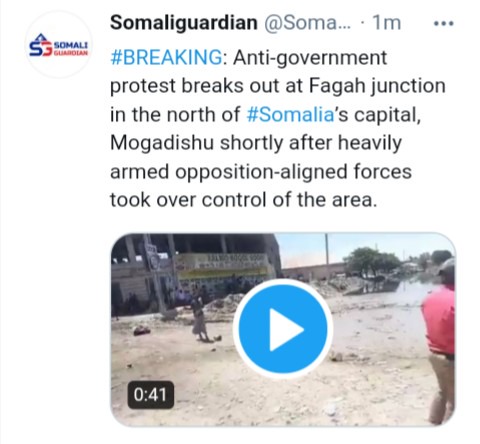