What Next for Building Bridges Initiative?

By Cooper_senior (self meida writer) | 1 months 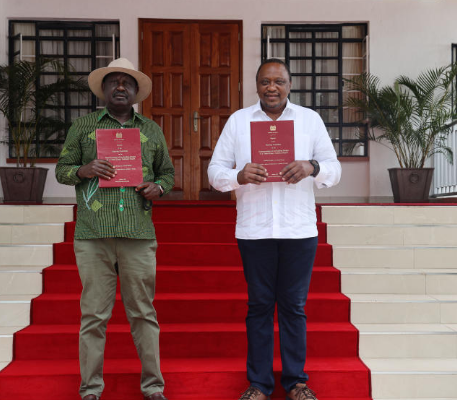 Last week, the High court of Kenya shocked the nation by ruling that the Building bridges initiative (popularly known as the BBI) was unconstitutional and illegal. The court argued that the initiative sought to make major changes to the Kenyan constitution without involving the citizens. It further argued that the President cannot participate in changing the constitution while still serving as the president of the country.

The decision was a shocker to the nation because the BBI had already been accepted by the parliament. Kenyans expected the court in favor of the BBI after this ordeal. The decision by the court took the Uhuru and Raila camps by surprise.

A strong legal team majorly consisting of ODM-allied lawyers has been formed and they are preparing to launch a major case at the court of appeal so as to overturn the decision made by the High court. From the way I see it, the appeal team will win the case leaving an egg on the faces of the 5-judge team at the high court. With James Orengo and Otiende Amollo leading the legal assault team, it is no doubt that they will win.

Content created and supplied by: Cooper_senior (via Opera News )