By Lydia_Awino_News (self meida writer) | 5 days 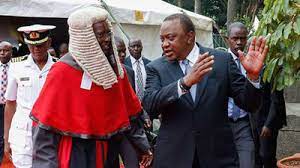 Fearless former Chief Justice David Maraga who took an early retirement a few months ago before his job was taken over by the current Chief Justice Martha Koome has today come out guns blazing towards President Uhuru Kenyatta's recent appointments of Supreme Court Judges. According to Maraga, the two judges who made a ruling on the BBI were right to do so because the initiative was against the constitution. 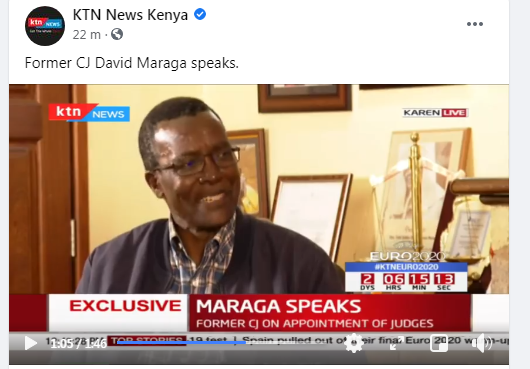 The former Chief Justice who had for long been in loggerhead with the head of state was categorical that they are currently being sidelined by the state because of the firm decision they took against the Building Bridges Initiative which was brought to a half a few days ago.

He also drew his support to remarks made by his predecessor Mutunga who wrote a detailed letter to President Uhuru Kenyatta in regards to his recent appointments on the BBI. Do you think judge Ngugi failed to be appointed because of his BBI ruling? Comment below.

You can watch the interview here

KPLC Announces a Very Long Electricity Blackout on Wednesday, June 16, Check if You Will be Affected

What Is The Difference Between A Hill And A Mountain