"My Wife Chopped My Genitals, Then Forced An Undentified Chemical Down My Throat" Man In Meru Says

By NewsCollection (self media writer) | 2 months ago

Yesterday a woman named Esther Kario in Meru County was sentenced to 15 years in prison by Chief Magistrate Tito Gesora after she was found guilty for trying to murder her husband. Gesora said that there was enough evidence that the woman had intended to kill him by chipping her husband’s genitals off. 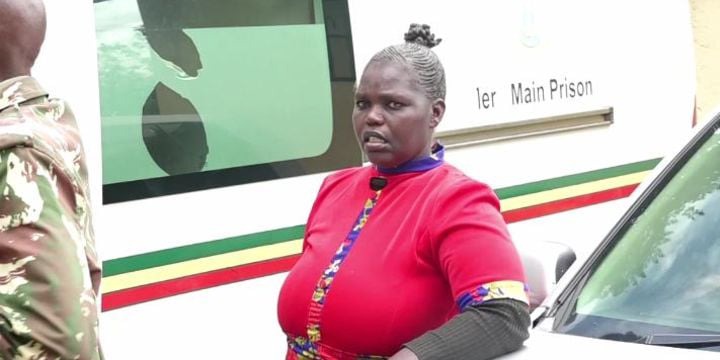 The act was committed on November on November 19, 2021, in Igembe North, Meru County. It barely two months after another woman faced murder charges after cutting off husband’s genital in Nakuru County.

While In court Esther said that she attacked her husband while in bed because he had refused to sub-divide miraa farm. The 60-year-old man was shocked when he saw his wife lifting a panga over him at 3am before string his head and its by good luck that he made it alive.

The man also narrated that her wife also had a kitchen knife that she used to cut off part of his testicles. Because of the unbearable pain he was too weak and that when the wife tried to force an unidentified chemical into his mouth.

The man was saved by his daughter after she was woken up by the commotion and ran out to call their neighbors for help. The Woman tried to escape but the villagers were able get her and wanted to lynch her. She was saved by the chief, who to her to Laare police station.

Content created and supplied by: NewsCollection (via Opera News )