Nakuru Man, 51, Given Harsh Sentence After He Was Found Guilty Of Defiling His Brother's Child

A 51-year old man in Rongai Sub-County, Nakuru County has been given a harsh sentence after he was found guilty of defiling his 12-year old nephew. 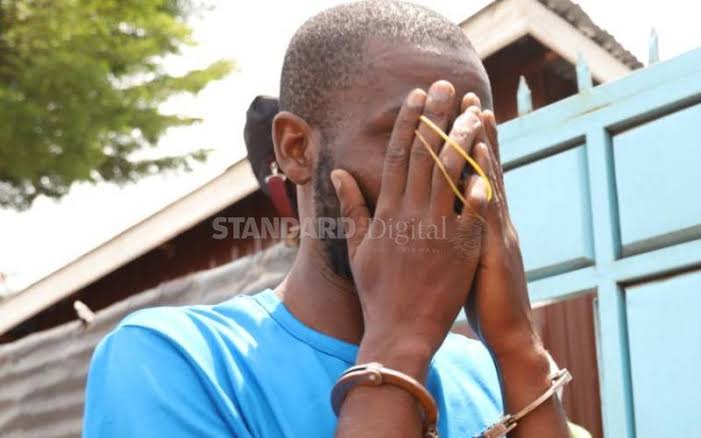 While appearing before Yvonne Khatambi, the Nakuru Principal Magistrate, Jackson Lokidi was found guilty of committing the indecent act on his nephew on June 23, 2021 in their house.

According to the minor, his parents told him to sleep in the same room with his uncle who had visited them on the night of the incident. His uncle them came and undressed him while he was asleep and did the heinous act on him. The minor told the court that he saw his uncle very well since the lights were on when he work up.

According to the parents of the minor, their son came on the night of the incident crying telling them that his uncle had defiled him. After taking their son to the hospital, they were shocked to find that the allegations were true.

Jackson however denied the charges pressed against him saying that the family is witch-hunting him because they are conflicting over a piece of land their father left them. He said that he was at his mother’s house before the police came to arrest him on the night of the incident.

The judge found Jackson guilty and handed him a 20-year jail term.

Meet Popular Radio Presenter Who Was Jailed For Five Years

Presidential Preliminary Results As At 21:00pm