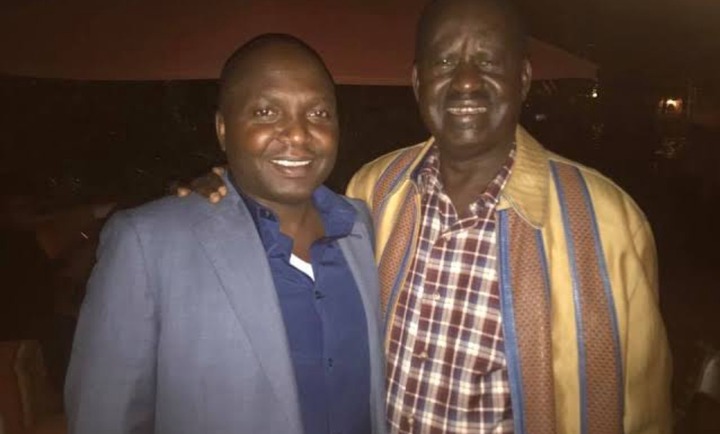 Raila's top Ally, Lawyer Donald Kipkorir has reminded Kenyans about an Incidence where He moved with speed to save Kikuyus who were being accused of treason while the late President Daniel Moi was still in power, saying that He is one of the lawyers with top morals in the society.

According to Kipkorir, the year was 1996 when a total of 6 Men from the Mt Kenya region were arrested by the Police and locked up with allegations thag they had availed themselves at the Ndeiya Police station, broke into their arsenal and stole guns thag were believed to be the ones to be used to overthrow Moi from power now that He had overstayed the required limits.

When the suspects were presented to the Courts of law, many Lawyers distanced themselves away from them because of the nature of their case,making Him together with lawyer John Kjaminwa to step forward and arm themselves with required tactics to defend them and make sure they are released without any kind of demands. 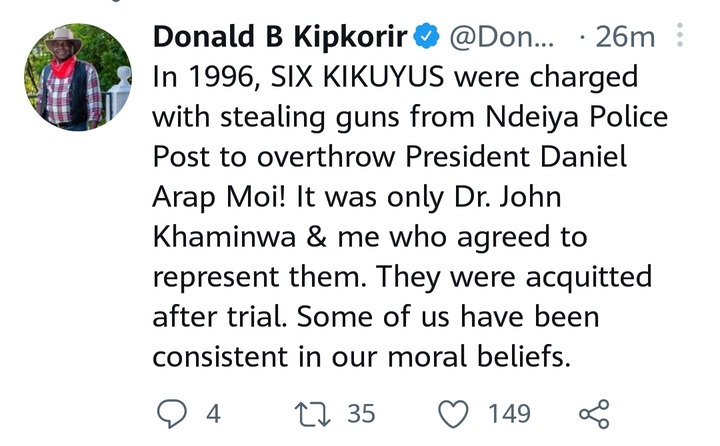 Donald now says that they were finally released and all the claims that was put against them thrown away making them free to join the society again. He added that He is one of the lawyers who have been very keen on maintaining their moral beliefs and doing good to the society whenever they see any injustice.

The two have also been categorized among the top lawyers in the Country, especially in the past months where Khaminwa stood firm together with other lawyers to make sure the BBI document did not succeed, something thag made Him get much support from Kenyans and also being lauded by the constitution defending intellectuals in the Country.

Kipkorir's revelation gives a flashback where Moi managed to maintain His seat in 1982 where there was an organized Coup in His government, which failed. He later removed all the government officials and elected leaders in His inner Circle who were against Him and also set His traps that made sure anyone who tried to pull such a stunt meets the worst.

Nyamira Residents Chant 'Tumechoka' after What Kalonzo said about Their Competitor