Former Laikipia North Member of Parliament, Matthew Lempurkel, has been sentenced to one year in jail for slapping her colleague and successor, Sarah Korere, in 2016. 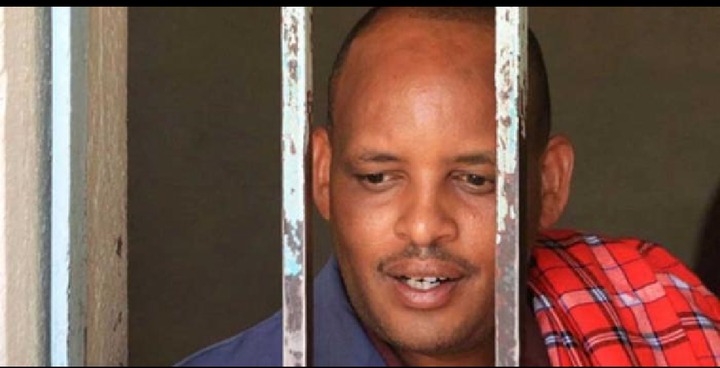 Lempurkel was found guilty of assault, causing actual bodily harm, contrary to Section 251 of the Penal Code. The lawmaker was sentenced to one year in jail with no option of a fine.

She observed that there had been a rise in cases of assault in the country and stressed that brutality against women must be wiped out in the society.

“I note from the mitigation record that the accused is a leader who needs to be a good example to others so I proceed to sentence the accused person serve one year imprisonment," Justice Onkwani ruled.

The former MP was convicted after the court ruled that the Prosecution had proved beyond reasonable doubt the assault charges against him.

In addition, the court ruled Lempurkel had a right to appeal within 14 days.

Lempurkel was accused of slapping and kicking Korere on the left side of her abdomen on November 21, 2016.

He was picked outside Parliament buildings a day later and taken to the Kileleshwa Police Station.

Through his advocate, however, the former MP objected saying  the allegations were malicious and brought to court in bad faith in a bid to humiliate and intimidate him.

He would later be released on a Ksh100,000 cash bail or a bond of Ksh200,000 with a surety of a similar amount as the matter proceeded to full hearing.

Gachagua, Ngunjiri and Wahome Confronted by Police in Kitale After They Tried to Hold a Meeting

Mudavadi Realizes Things Are Not Well, His Reported Next Plan Emerges