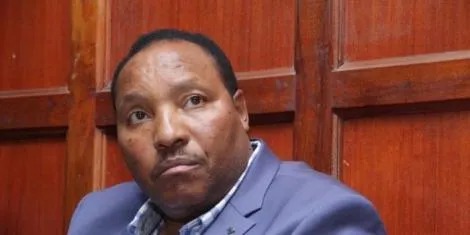 Through court documents filed on Friday, May 27, EACC detailed the former Kiambu boss joined the billionaires club by engaging in transactions that failed to align with the public interests.

According to the report, Waititu's wealth was disproportional to his known legitimate sources of income.

The report noted that Waititu built his multi-billion empire between 2015 and 2020.

Within the stated period, Waititu served as Kabete Member of Parliament from 2015 to 2017 and the governor of the county government of Kiambu between 2017 and 2020.

The antigraft body explained that Waititu, famously known as Babayao, embezzled funds through fictitious and fraudulent procurement contracts where he concealed his private interests in tenders awarded to companies contracted to offer services to the county government.

"Investigations established that Ferdinand Ndugu Waititu Babayao abused his position of trust as a Member of Parliament – Kabete Constituency and later as Governor – Kiambu County, for private gain by engaging in transactions which were in conflict with the public interest and amassed wealth that was disproportionate to his known legitimate sources of income,” EACC stated.

Following the revelation, EACC is now pushing to recover the wealth illegally acquired by Waititu who recently lost in UDA primaries to take another stab at Kiambu gubernatorial seat.

"EACC has today (Friday, May 27) filed a suit in the High Court to recover almost Ksh2 billion in unexplained assets corruptly acquired by former governor Ferdinard Waititu. This is part of ongoing recovery of public funds from several governors suspected to have accumulated illicit wealth."

'It Is Over' Ringtone Quits Gospel