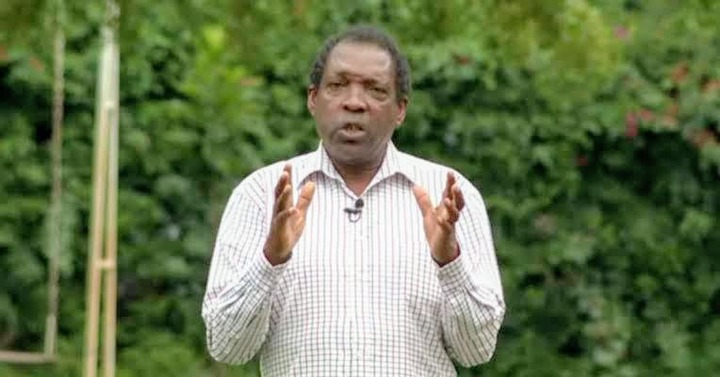 Professor Karuti Kanyinga claimed that some lawyers should attend lectures in Political Science 101. He stated that a by-election is not a referendum and that a referendum is substantive and cannot handled by three IEBC commissioners. He claimed that this is because it has national policy and constitutional consequences, especially if law requires 5 judges as quorum.

After his remarks Kabando Wa Kabando reacted and said that it is not that lawyers don't know. He completely rejected to Nay. He added that travesty of justice and 'holocaust' of any autocratic regime is enabled by genius minds. The baffoonery attacks on BBI Judgement are crafted by brilliant legal minds on state payroll, he stated. He claimed that this is hunger of the heart not of the mind and that Kenyans must reject BBI.

Herman Manyora also reacted later to say that, the IEBC is not making any pronouncements or decisions on policy and constitutional aspects of the referendum. The role of IEBC is to conduct the referendum, period. His remarks forced some Kenyans to react and they told him that he doesn't understand law. 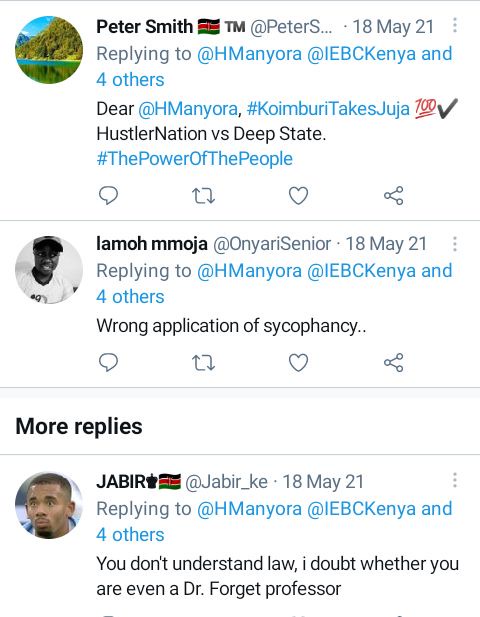 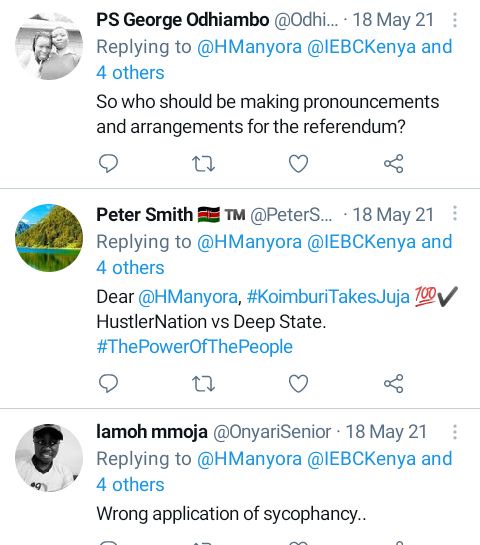 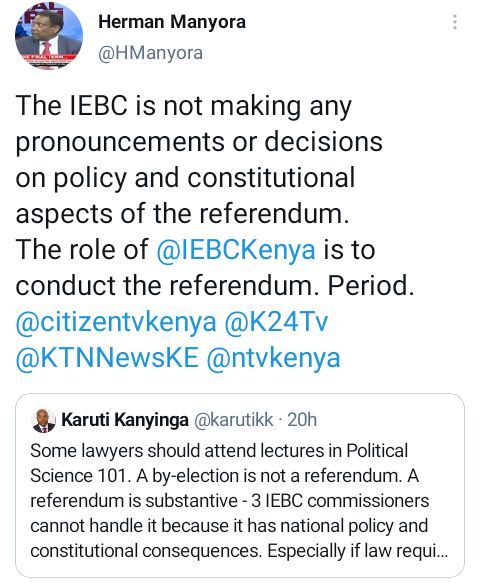 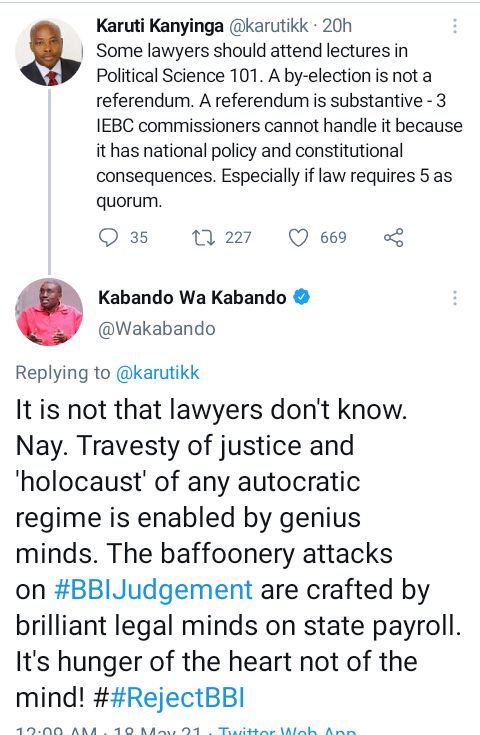 7 Ways Honey May Cause Harm to Your Health

Sure Picks:All These Seven(7) Exciting Over 3.5Goals And GG Selections Will Earn You 4,377/=