By TomTindo (self meida writer) | 1 months 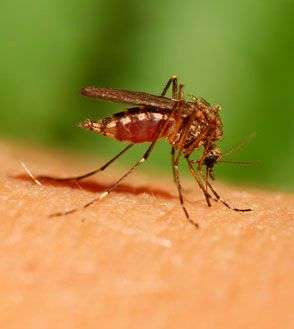 Malaria is a serious disease that spreads when an infected mosquito bites a human. Tiny parasites can infect mosquitoes. When it bites, the mosquito injects malaria parasites into the person bloodstream.

If isn't treated, malaria can cause severe health problems such as seizures, brain damage, trouble breathing, organ failure and death. If you're traveling to an area where malaria is common talk to your provider about malaria prevention.

How common is malaria?

Where does malaria usually occur?

Malaria occur all over the world, but it's rare in the United States. It's common in developing countries and areas with warm temperatures and high humidity including:

* Domican Republic, Haiti and other areas in Caribbean.

* Islands in the Central and South Pacific (Oceania).

What are symptoms of malaria?

Malaria symptoms usually appear 10 days to one month after the person who infected. Symptoms can be mild. Some people don't feel sick for up to a year after the mosquito bite. Parasites can live in the body for several years without causing symptoms.

Signs of malaria are similar to flu symptoms. They include:

* Chills that shake the whole body.

As malaria progress, its can cause anemia and jaundice (Yellow of skin and whites of the eyes).

How is malaria diagnosed?

Your provider will examine you and ask about your symptoms and travel history it's important to share information about the countries you've visited recently so that your provider can clearly understand your risk.

To confirm a malaria diagnosis, your provider will take a sample of your blood and send it to a lab to check for malaria parasites. The blood test will indicate whether or not you have malaria and also identify the type of parasite that causing your symptoms. This information helps your provider determine the right treatment.

How is malaria treated?

Treatment for malaria should start as soon as possible. To treat malaria, your provider will prescribe drugs to kill the malaria parasite. Some parasites are resistant to malaria drugs. The type of medication and length of treatment depend on which parasite is causing your symptoms.

What are the side effects of medications to treat malaria?

Antimalarial drugs can cause side effects may include:

* Gastrointestinal (GI) issue such as nausea and diarrhea.

* Ringing in the ears (tinnitus).

Can I prevent malaria?

If you live or travel in an area where malaria is common talk to your provider about taking medications to prevent malaria. You will need to take the drugs before, during and after your stay.

You should also take precautions to avoid mosquito bites. To lower your chances of getting malaria, you should:

* Put screens on windows and doors.

* Wear long pants and long sleeves to cover your skin.

Crucial Things That Can Save The Planet From Dying

Grand P Reportedly Gets Another Girlfriend After Being Dumped Today Morning By Ex-Lover.

Massive Blows to Uhuru After Mt Kenya Kieleweke Leaders Turn Against Him, Makes a Bold Move on 2022

Twist as Mt Kenya Governors, Kabogo And Other Leaders Front One Candidate For 2022 Presidency