Why that chest pain could be a symptom of a lung disease that can be fatal if untreated.

Chest pain is a pain or discomfort that occurs anywhere at the front tof the body,between the neck and upper abdomen and can feel like a sharp stabbing pain or a dull ache which can vary in intensity and location. 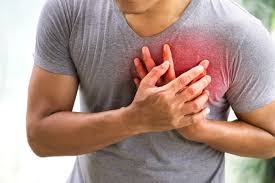 *Myocarditis which is an inflammation of the heart muscle.

*Cardiomypathy which is a disease of the heart muscle.

*Aortic dissection which is a tear of the aorta.

*Pericarditis which is an inflammation of the sac around the heart.

*Myocardial infarction also called heart attack which results from a blockage of blood flow to the heart muscle.

Chest pain can also be caused by a problem with the lungs,the two spongy air filled organs located on either side of the thorax responsible for gaseous exchange in the body.Diseases or conditions that can affect the lungs and can cause intense chest pain are:

1.Pneumomia-a form of acute respiratory infection which causes the alveoli to fill with pus and fluid thus making breathing painful.Its symptoms are

*Sharp stabbing pains that get worse when breathing in.

*Cough which may produce yellow,green or bloody mucus.

2.Viral Bronchitis-an infection of the bronchi caused by a virus.Its symptoms are:

*Sputum which can be clear,yellow gray or green.

3.Pneumothorax-also called a collapsed lung,occurs when air or gas into the pleural cavity.Its symptoms include:.

* Sharp stabbing chest pain that worsens when breathing in.

*Bluish skin caused by a lack of oxygen.

4.Pulmonary embolism-occurs when a blood clot moves from elsewhere in the body and becomes lodged in the blood vessels of the lung.Its symptoms include: 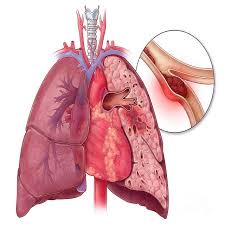 5.Bronchospasm-a tightening of the muscles that line the airways in the lungs.Its symptoms are

It is important not to ignore chest pain because if the pain is caused by a problem with the lungs and it is untreated it can result in complications such as Respiratory failure,Lung abscess,Sepsis, Broncho pulmonary fistula,Pulmonary infarction,Cardiac arrest,Empyema,Pleural effusion,Pulmonary edema and sudden death.

New Price Of A Bread In Kenya This Month Of December