Humans Who Have Beautifully Unique Appearances

By Risper_njagi (self meida writer) | 15 days

There are people in this world that are not like everyone else.

Most of them are stared at, bullied and even called names but that does not stop them from motivating others, encourage others and even become role models.

They have accepted themselves as they are and that is the greatest gift anyone can have.

They have to deal with the weird looks they get from people every day and some going on ahead to talk about them loudly and whisper behind their backs.

Despite everything, they manage to enjoy themselves and life in general.

We all should learn to embrace these people and treat them equally.

Here are some of the rare unique humans. 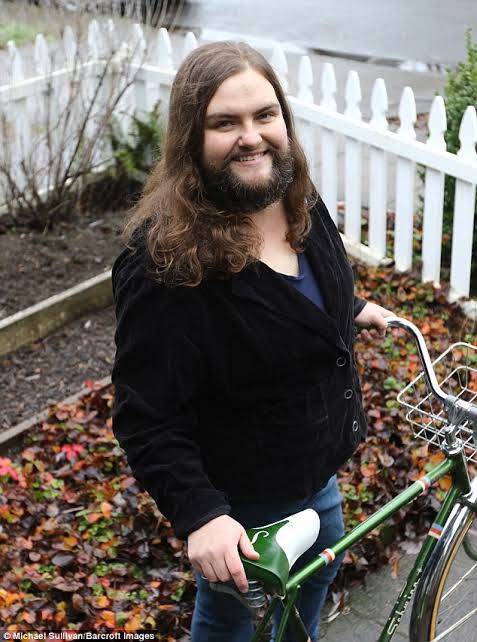 She is from Oregon, USA.

Rose began seeing the changes when she was in high school when her and her friends hit puberty.

Unlike other girls, she started having a lot of facial hair and she was ashamed of it such that she shaved twice in a day.

She went on with this habit for 25 years during which she consulted different doctors where she was advised to use laser hair removal and even pills but none of them actually worked.

Her beard kept on growing which is a result of a disorder known as polycystic ovary syndrome which causes a woman’s body to produce increased amount of male hormones.

As a result of the condition, most of her features changed and her appearance became more man-like by the time she got to 40.

She got tired of shaving the beard everyday as her skin could not tolerate it and she let the beard grow and she felt some type of freedom in that.

Rose joined a support group that helped her to accept herself as she was and she began posting her pictures on Instagram with her beard and even participates in contests of bearded men.

She is very confident about herself now. 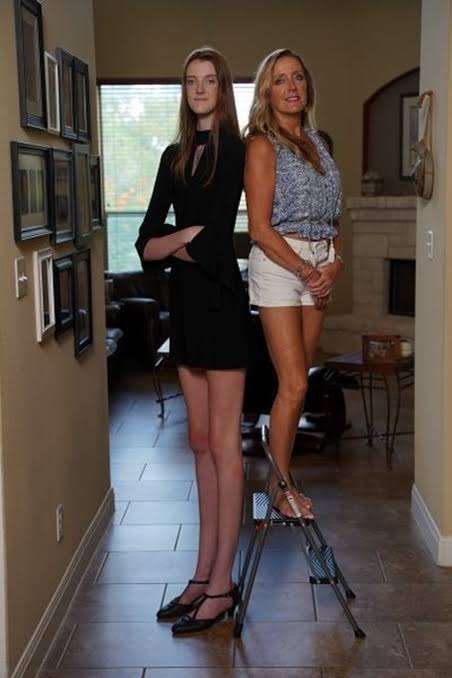 She is from Austin and has very long legs.

Her left leg is over 52 inches long and her right leg is half an inch longer.

Her legs contribute to 60% of her height.

Due to her appearance Maci has managed to be in the Guinness Book of World Records as the teenager with the longest legs.

Before this, she was not always confident as she got weird looks from people and could not even have fun with her friends because she was too tall.

Getting clothes her size and fitting past the door was a problem.

Overtime her confidence grew and she became a star of the volleyball team in her school and decided that her height was a gift of nature that no one else had and embraced it.

Maci even calls herself CEO of giraffes. 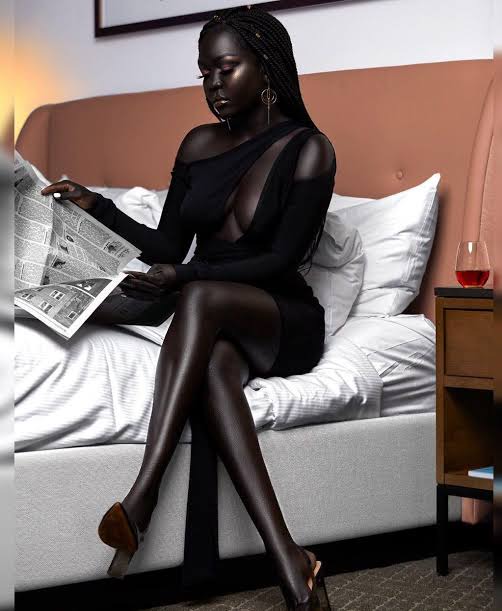 She is a runaway from Sudan and spent most of her childhood in refugee camps.

When she was 14, her family finally moved to the US and there they enjoyed peace and safety.

Nyakim did not enjoy peace for long as she was very different from her classmates with her very dark skin tone.

Kids at school called her unpleasant names and made her life at school unbearable even calling her ugly and this hurt her as she dreamt of becoming a model.

Following the ridicule, she had even decided to lighten her skin and fortunately her sister who had done the procedure and regretted it, talked Nyakim out of it.

Nyakim decided to work hard and ignored all the negative comments about her and now she is one of the most famous models and her attractive skin tone has become her signature feature. 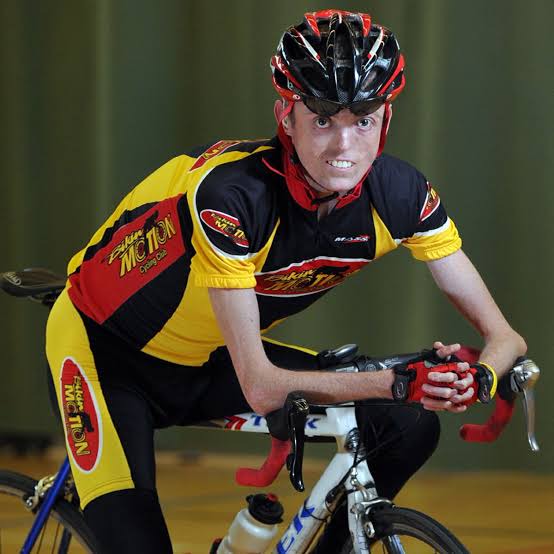 He is a British athlete who was born normal with a normal weight and had a normal life.

As time went on, he began to lose most almost all of his subcutaneous fats and began looking very lean.

After a long research, scientists concluded that his condition was caused by mdp syndrome caused by a rare genetic mutation.

Only about 10 people in the world suffer from it.

As a result of the syndrome his body became very dry and could not absorb shock even to endure comfortable temperature.

His hearing has been affected and he has to use special devices.

After everything he was going through, Tom did not give up and he went back to sports again even though it was risky for him as any fall could result to bone fractures.

He bought a bicycle and started cycling again.

His efforts paid off as he received many awards and even became a member of the national Paralympic team and found the love of his life too.

Tom does not give up and even dream of winning Olympic gold. 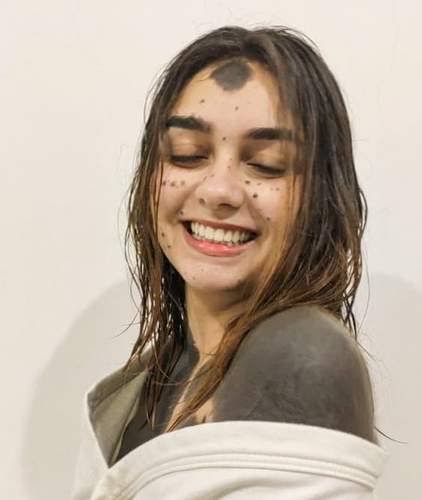 She is from Brazilian Sao Paulo.

She suffers from a rare skin condition where she has many nevi covering 80% of her body making her skin look patchy.

One in 500 newborns is born with the skin condition.

When she was a kid, a pediatrician approached her mother saying that she needed to do 2 surgeries in a year not knowing that any attempts to remove nevi could lead to cancer.

People looked at her all the time.

When she was a teenager, thanks to the support of her family she realized that she did not want to change anything about her skin and body and she accepted herself as she was despite being mocked by her classmates and attempt by doctors to change her.

She now works as a biologist, married and regularly meets with people with the skin condition and giving them support. 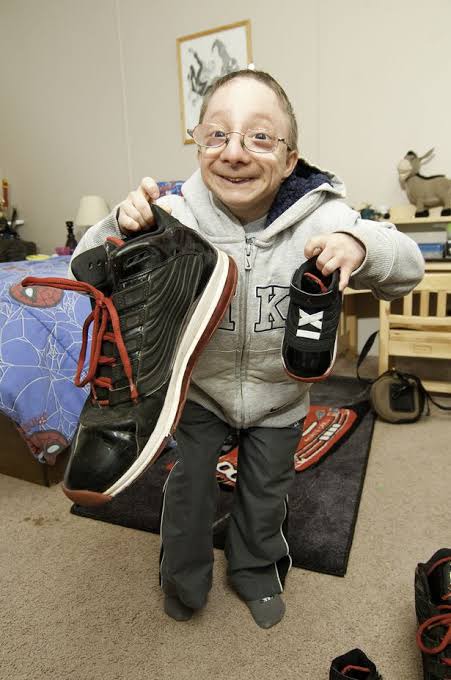 Nick is from Atlanta, Georgia.

He suffers from dwarfism and unlike other people with the condition who have inappropriate body part sizes; Nick has the usual body proportion but tiny making him look like a 3 year old baby but do not look like one and is almost 30 years old. 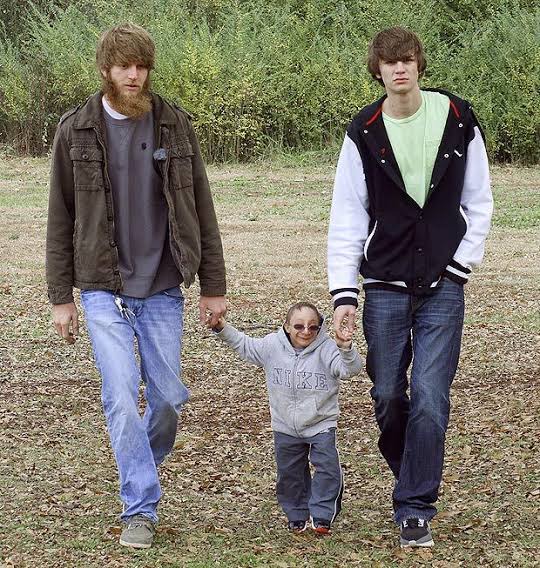 People with his condition do not even live up to his age and it is a blessing that he has lived up to this long.

He is very cheerful and enjoys life.