10 Psychology Hacks To Spot A Liar.

By Sylvia (self media writer) | 1 month ago 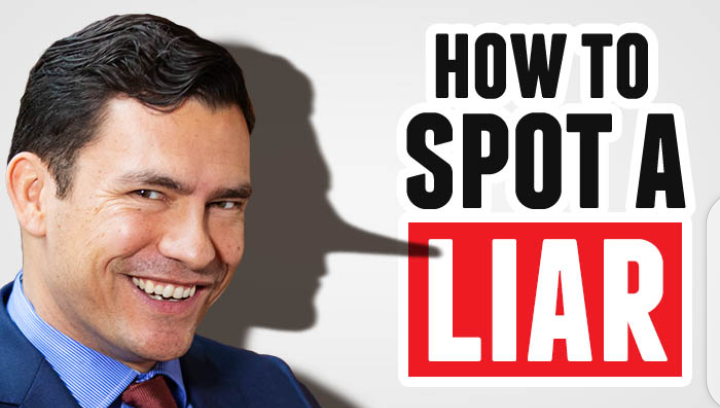 - Pay attention to the pauses. They might be taking their time to think about what to say, it could be a possibility that they are lying.

- Just this one cannot mean, the other person is lying.

2. Notice the span of Emotions.

- Real emotions last only for around 5 seconds.

- If someone is expressing emotion for more than 5 seconds, it could be fake.

- Ideally, it is tough to hold on to a facial expression for a longer time.

3. Notice the order of words and emotions.

- If someone first says "I'm angry," and only then can you see an angry facial expression, it is definitely fake one.

4. Notice the sincerity of emotions.

- We can call the emotions are sincere when more than one part of the face that changes.

- If a person smiles sincerely, wrinkles appear near the eyes and the eyebrows will automatically go downward, along with just the lips smiling.

5. Notice how frequently they are repeating the same thing.

- When someone is constantly repeating something, it could mean that they're trying to convince both you and they want to know your reaction if you believe what they're saying

- This could be a good sign to spot a liar.

- Are they answering with the same words or phrases that were used in the question? shoot more questions and see how they answer.

- They might be too scared to reveal something they don't want to.

- The choice of words also says a lot.

7. Covering the face or mouth.

- Notice the same in others

- One of the easiest body language signs to notice is when a liar covers their face or mouth.

- Are they able to tell if you ask them something in detail?

9. Change the perspective of the person.

- If you want someone to tell more detail about something, change their perspective.

- Ask them to think about the events from the perspective of someone else like "what would a police officer/lawyer have seen if they were there".

- Are they scratching their face/nose?

- Due to the nervousness (occurs while telling a lie), which causes a rush of blood to the face, leading to mild itching.

Content created and supplied by: Sylvia (via Opera News )

"My Husband Impregnated A School Girl When I Gave Birth To My 2nd Child," Gladys Narrates