By Githuria.co.ke (self media writer) | 14 days ago 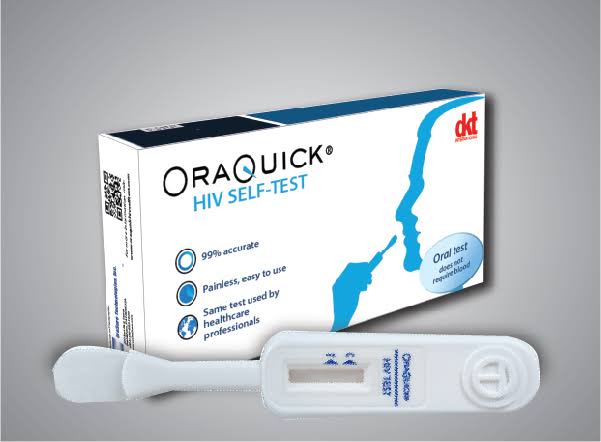 As the fight to reduce HIV and Aids burden continues, more Kenyans are now resorting to self-testing kits to know their status.

Authorities consider the step as a vital component in the quest to reduce the country's disease burden, which stands at 1.5 million.

According to statistics by the National Aids and STI Control Programme (Nas cop), the number of people using the kits has been on the increase since 2018.

The latest data indicate that by the end of last year, about 283,660 people who used the devices accessed them in public facilities. In 2018, only 20,934 people used self-testing kits at government facilities.

Between January and July, 105,064 peo ple used the kits and sought services in public facilities. During the period, 37,034 men aged 25 years and above reported having used the kits while women were 36,046.

The statistics, however, do not include those who use the innovation but opted not to go to health facilities after getting anegative confirmation.

"HIV self-testing is a complementary approach to existing HIV testing services and is vital in helping reduce infections in the country"said Dr Jonah Onentiah, a programme manager at Nascop.

According to the medical expert, there is also an upsurge of people purchasing self testing kits in private facilities. He notes that most of these are men above 20 years old, the majority of that population falling between 20 years and 34 years.

Nascop statistics indicate that only two per cent of men and women below 20 years purchase the kits. About 91 per cent of those who pur chase the kits use them, while almost 97 per cent are always keen to share their results with authorities.

The agency says it has contacted about 91 per cent of those who buy the kits for follow ups. 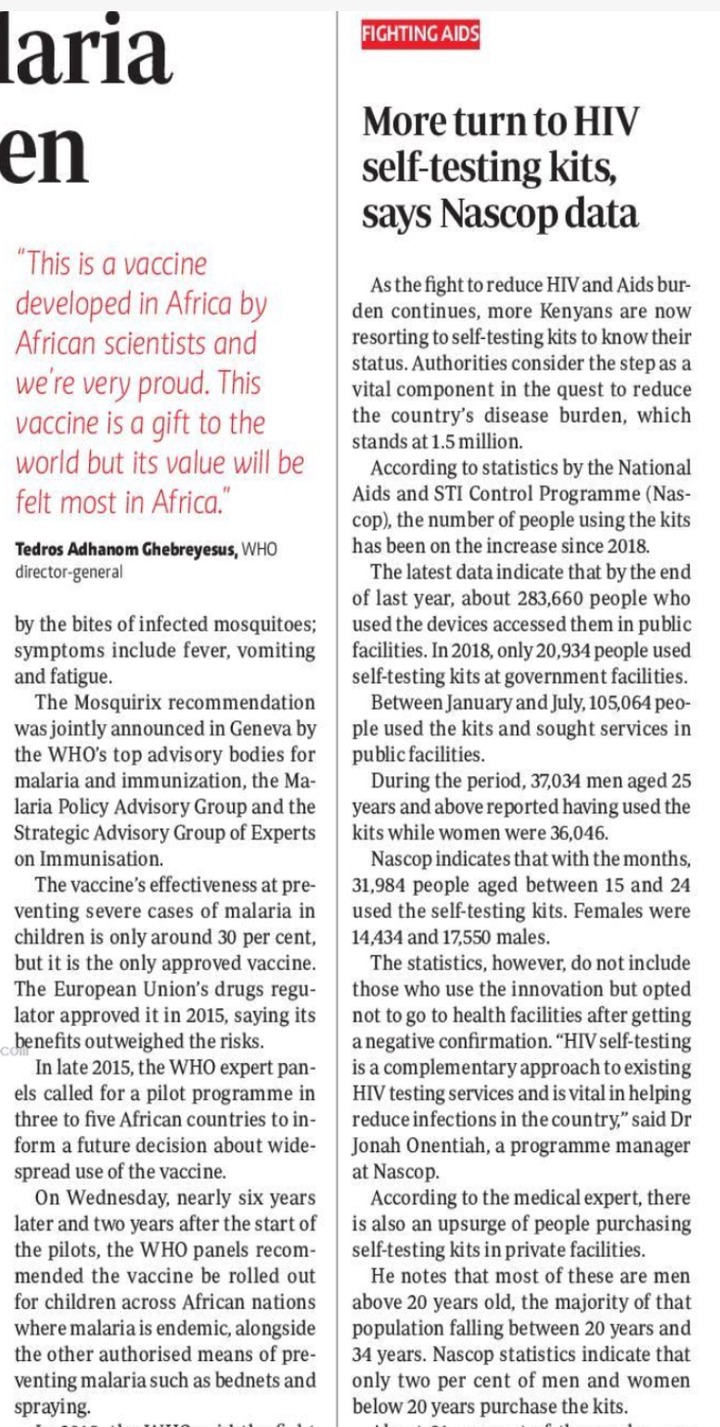