By AbdifatahMohamed009 (self media writer) | 10 months ago

Acknowledging mistakes is the only way to avoid repeating mistakes over and over again, yet many of us find it difficult to admit them. 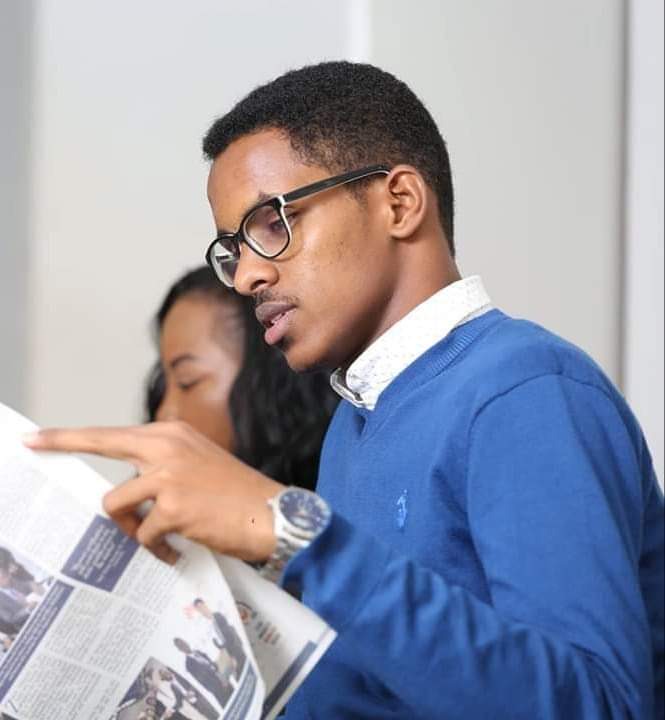 Researchers at the University of Michigan in the United States have found that people are divided into two types:

People with a single mind who repeat one mistake many times without admitting it.

People with advanced intelligence who dare to admit their mistakes, and learn from them to improve themselves.

Travis Bradley wrote in an article on Quarz in the United States that we all make mistakes but those of us who are single make mistakes once and then learn from them. While fools repeat every mistake many times

In this article from Aljazeera, Quartz in the United States looks at the mistakes we all make, but those of us who are free can only do so once and then learn from it so that we don't go back.

Do not believe but believe:

Some people are endowed by God with the ability to influence our minds. They are self-confident people to the extent that we believe whatever they say. It is true that many successful people like to help others, but beware of understanding that every step they take will lead you to do the same, and know that everything they tell you he is the one you are winning. Individuals are the ones who think of any beautiful deal and plan. The smart person is the one who asks real questions about the plan before he or she participates.

One thing to keep in mind when you expect a different result.

Physical scientist Albert Einstein's motto was, "Insanity is to repeat something in the hope that you will get a different result." experience, knowing if he wants a different outcome he must change the way he went about it and how he did it.

He/She is not in a hurry to please:

The wise person knows that pleasure and happiness do not come quickly, and that success and achievement are preceded by a lot of hard work, so every step you take is an incentive that pushes you on the path to success. . It is an experience of pain and hunger that he has experienced in the past when he failed.

Do not operate without a budget:

An intelligent understands that more is considered to be a budget looga down and behave in a way to prevent the possibility of neglect. Make a budget and budget for each plan before you start so that there is no failure in the process.

Since every task requires a budget it is imperative that the steps you take be carefully considered for what you want and everything you need.

It is easy to become overwhelmed and relentless in the task at hand. But this often results in you not being able to see or ignore the big picture and the full picture of this task. The individual learns the importance of visualizing the end result and the complete picture of each task, prioritizing the task in order to achieve its goal.

The wise person knows that sometimes luck can be with him, but failure to fulfill his obligations can prevent him from believing what he wants and fulfilling it. So he is not a fortune teller, he just knows that there is no substitute for a lot of work and patience.

You can't be anyone else:

Many people have a tradition of pretending to be someone they are not. A person who is mentally and emotionally aware is well aware that impersonating another person is a sin that makes him or her untruthful, so they know that happiness and success require a hand and true living.

Not everyone accepts apologizes:

The smart person knows very well that it is not possible to apologize to everyone. To be effective, you must be courageous and not expect too much from anyone. It’s the only way you can make the right decisions. Do not force your decision to be popular.

Pretend to be a victim:

Don't get tired of trying to change someone who doesn't want to change:

The smart person is the one who realizes that it is difficult to try to change the mind of someone who does not want change. So he builds his life in a positive and realistic way. They also avoid sharing and being around people who can frustrate them and hinder them from achieving their goals.

Content created and supplied by: AbdifatahMohamed009 (via Opera News )