By Rey_Starborn (self meida writer) | 9 days 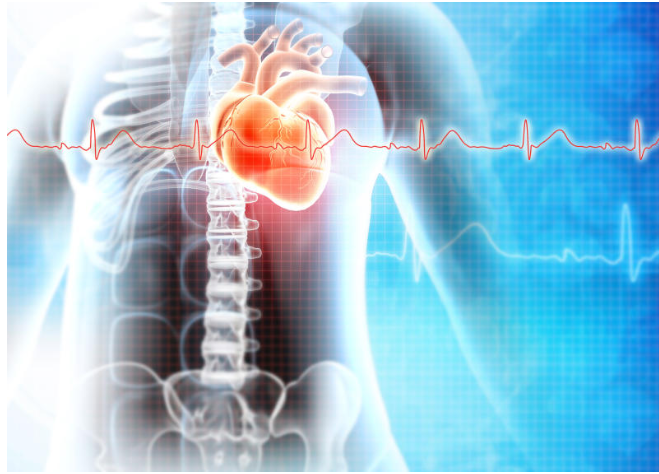 Cardiovascular disease (CVD), including heart disease and stroke, is the world’s number one killer. According to the World Heart Federation, cardiovascular disease kills 17.5 million people each year. This is expected to hit 23 million by 2030. In Africa, the latest projections suggest that by 2030, more people will die from coronary artery disease than from any other cause. This is attributed to increased urbanisation, lack of preparedness and unhealthy lifestyles.

The rate of progression of CVD is both remarkable and alarming. The fact that Kenyans in their 20s and 30s are now experiencing heart attacks means we can no longer ignore the growing risk the disease poses to our future health and well-being.

Heart disease is often thought to be a man’s problem. This is a major misconception because it is the most common cause of death in both women and men, and the gender distribution is almost the same.

The heart is a muscle that pumps blood to the body, including major organs such as the brain and kidneys, as well as itself. The coronary arteries supply blood to the heart. Any sudden blockage of a major coronary artery results in a heart attack. One of the common causes of blockage is a blood clot. If the blood supply to the heart is not urgently restored, the heart may stop pumping, putting one at the risk of death.

Signs of a heart attack include discomfort in the chest. Often the sensation is painful. The distress may also be felt in the arms, jaws and neck. Sometimes, it feels like ‘gas’ in the upper stomach, sweating and shortness of breath. Anyone suffering from these symptoms should seek urgent medical attention. It is important to be on the look-out for these symptoms.

While at home, the first thing to do when you experience these symptoms is to call an ambulance and administer an aspirin tablet. The aspirin reduces clumping of the blood clot within 30 minutes. Unfortunately, aspirin is not usually a sufficient remedy; it is only used as first aid measure.

Once a heart attack happens, speed is of the essence as the heart muscle begins to die within the first hour. The goal of treatment is to re-establish blood supply to the heart within 60 minutes.

The second method is the ‘gold standard’ of care, which involves specialists using special X-Ray equipment to find the clot. If the vessel is blocked, they will physically suck the clot out and may also open the narrowed artery using a balloon or a stent device. The procedure is called primary angioplasty and takes 30 minutes using only a small catheter inserted in the leg or wrist.

The main challenge in Kenya is that patients suffering from heart attack are not diagnosed, meaning they do not know and do not receive timely treatment. This is because patients or caregivers may fail to recognize the importance of the symptoms and not seek assistance. Poor access to medical services and financial barriers are other challenges facing majority of Kenyans.

Heart attack diagnosis and treatment is also hindered by lack of facilities in the country. At a minimum, this should be a hospital that can do an ECG, basic blood tests and administer thrombolytics or “clot busters”.

That is why it is hoped initiatives such as Heart Attack Concern Kenya (HACK) will help address some of these challenges. HACK uses a protocol of ‘systems of care’ to ensure efficient management of heart attacks. It integrates networks of facilities. Emphasis is put on working with the national and county governments and ambulance and medical societies to increase access to timely life-saving treatments.

HACK, in partnership with major hospitals in Kenya, is also educating the public and professionals alike on evaluating systems of care available at the county level, engaging newly developed ambulance and emergency services, and incorporating insurance schemes, including NHIF, to improve access to treatment, especially by vulnerable groups. It is also working with ambulance and heart attack teams.

Kenya lacks data on geographic distribution of heart attacks and prevalent areas due to diagnostic challenges, which poses another challenge to these efforts. HACK hopes to help address this challenge through a five-year plan that will involve mapping out cases of heart attacks in counties.

Change of lifestyles can also play a key role in reducing cases of heart attack, especially among the young people. Practical steps such as increasing hours of sleep, reducing working hours, cessation of tobacco use, reduction of salt in the diet, eating more fruits and vegetables, eating foods that are low in starch and fats, avoiding or managing stressful episodes, regular physical activity and avoiding harmful use of alcohol have been shown to reduce the risk of cardiovascular disease.

Dr Jeilan, an interventional cardiologist, is the director of Cardiac Programme at Aga Khan University Hospital.